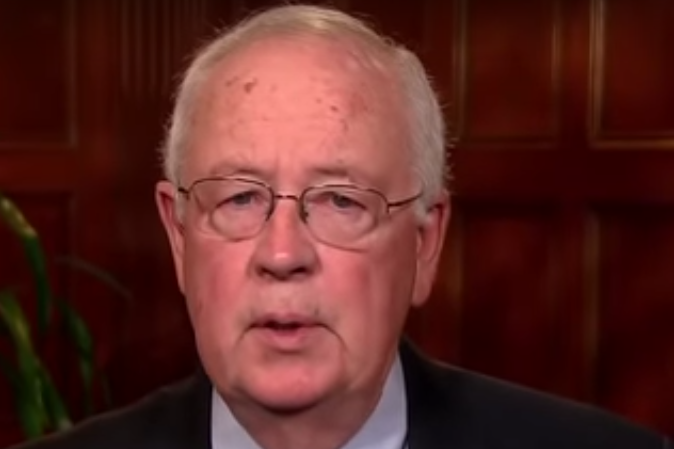 After a bombshell New York Times report revealed that Paul Manafort has been acting as a mole for President Donald Trump through his legal team despite signing a plea deal to cooperate with Special Counsel Robert Mueller, former Special Counsel Ken Starr explained to CNN that Manafort is screwed.

The New York Times report busted the scheme this week, prompting Mueller to file for a new mini-trial in order to determine if Manafort lied to prosecutors just so he could get inside information about the investigation to Trump and his lawyers, a move that not only violates the plea deal he signed, but could send him to prison even longer than he would have served otherwise. It could also be seen as Trump tampering with a witness and obstructing justice, both of which are impeachable offenses. If Mueller hadn’t found evidence that Trump committed a crime, he definitely may have it now.

Trump’s lawyer Rudy Giuliani admitted that Manafort was used “as a source of valuable insights into the special counsel’s inquiry and where it was headed.”

But passing information to Trump in an effort to help him undermine the investigation puts Trump in legal jeopardy, and Paul Manafort even more so.

During an appearance on CNN, former special prosecutor Ken Starr weighed in and made it clear that Manafort is in deep legal trouble.

“You would think that you are to cut off your communications with anyone else,” Starr began. “You at this stage belong to the prosecutors. You’re now inside the tent, you’re part of the team. So to be leaking information to the lawyers outside the team, that’s going to be viewed very seriously and obviously is.”

Starr then turned to Manafort’s lies, calling them a more serious issue.

“That’s the one thing that prosecutors are going to tell a cooperating witness: ‘we can only deal with the truth, whatever it is. If it exculpates that’s fine. What we can’t deal with are lies,’” he said. “That means the hammer is really coming to Paul Manafort.”

Returning to Manafort sharing information with Trump, Starr predicted Manafort is about to realize just how hard the law can come down on him.

“If you’re cooperating with the government, you should not be sharing information,” Starr concluded. “The government is going to come down really hard on you. If he’s been sharing very helpful information, just call it a bad move.”

Even Fox News legal analyst Andrew Napolitano knows that Manafort just royally screwed himself over, and even pointed out that if Manafort lied and acted as a mole for Trump in hopes of getting a pardon, he can forget about it because the plea deal he signed includes state crimes, which cannot be pardoned by the president, especially a president who just got caught interfering with a federal investigation.