The United States Blues
Home Activism “Kill The Gays” Pastor Announces He Will Be On Massachusetts Republican Ballot... 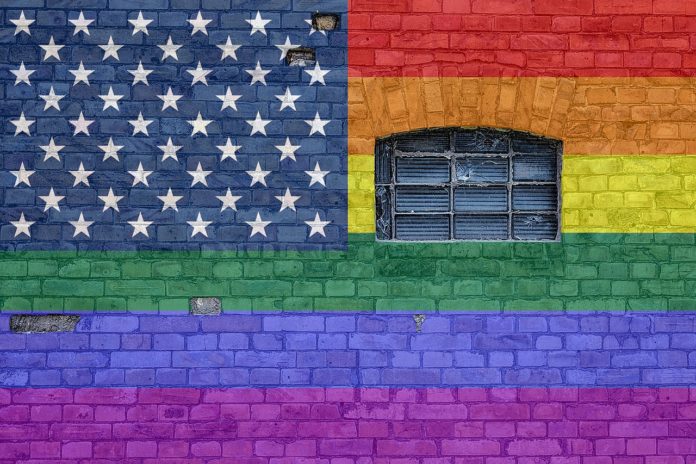 Scott Lively is a special kind of evil. It takes an effort to furnish a resume filled with his level of hate. This is the man who lobbied the Ugandan Parliament to ensure they could murder their citizens for being gay.

Scott Lively, the socially conservative Springfield pastor and controversial antigay crusader, appears to have cleared his second — and likely final — hurdle in ensuring he will be on the GOP primary ballot, potentially creating some havoc for Governor Charlie Baker’s reelection plans and headaches for the state GOP.

Ironically this spells trouble for an incumbent governor, Charlie Baker (R). The challenge poised by Lively threatens to split the vote among Republicans. Baker has not been an active supporter of Trump.

And that is what does not shock. The immense hatred Lively, a Springfield, Mass. Pastor feels for others is indicative of those who support our Commander-in-Chief. This is the split amongst Republicans that threatens their hold on power.

Am I openly a bigot or not?

That is the question candidates like Lively will compel Republicans to ask of themselves in the mirror before hitting the voting booth.

Lively is best known for his travels to Uganda to actively advocate that gay Ugandans be put to death. Uganda is a devoutly Christian nation that has a history of virulent homophobia. Lively tapped into that hate.

Lively openly appealed to legislators to criminalize homosexuality under penalty of death.

Mother Jones reports from 2014 on Lively’s “activism” seeking the murder of homosexuals:

…When Ugandan President Yoweri Museveni signed the nation’s harsh new anti-gay bill into law, he claimed the measure had been “provoked by arrogant and careless western groups that are fond of coming into our schools and recruiting young children into homosexuality.” What he failed to mention is that the legislation—which makes homosexuality a crime punishable by life in prison in some cases—was itself largely due to Western interlopers, chief among them a radical American pastor named Scott Lively.

…Just before the first draft of Uganda’s anti-gay bill began circulating in April 2009, Lively traveled to Kampala and gave lengthy presentations to members of Uganda’s parliament and cabinet, which laid out the argument that the nation’s president and lawmakers would later use to justify Uganda’s draconian anti-gay crackdown—namely that Western agitators were trying to unravel Uganda’s social fabric by spreading “the disease” of homosexuality to children.

Lively is also the “genius” who authored a book blaming gay Nazis for the Holocaust in Germany. Mother Jones continues:

he coauthored what would become his signature book, The Pink Swastika: Homosexuality in the Nazi Party. It argued that gay elements in the Nazi regime tried to wipe out the Jews because their religion condemned homosexuality.

So this November, perhaps we should be grateful that men as sick as Lively are on the ballot. Hopefully, it will split the Republican vote while calling out the hatred to be witnessed in the light of day. The rocks that historically have hidden this vile bigotry are overturning under the rule of Trump.

What is revealed are men like Scott Lively. How we deal with this hate is a separate question we need to answer to move forward as a nation.