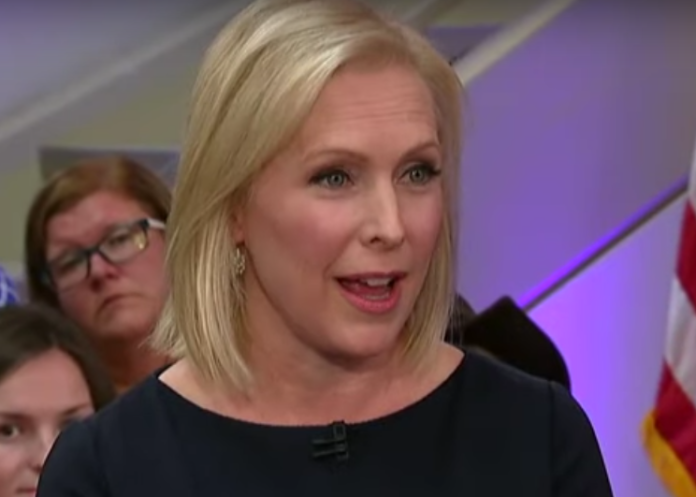 Senator Kirsten Gillibrand (D-N.Y.) demonstrated on Sunday night that she refuses to take any crap from sexists like Fox News host Chris Wallace during a town hall event.

The Democratic 2020 presidential field is more competitive than ever as each candidate tries to make their mark to gain support ahead of the first primary debate.

That’s where town halls on Fox News and other networks come in because they allow the candidate crucial time to speak to the audience individually instead of as one voice in a large group.

When Gillibrand appeared on a town hall hosted by Wallace in Dubuque, Iowa, she made women everywhere cheer as she called out his sexism time and time again.

Back in December, Gillibrand posted a tweet about the future of women and their place in the world.

Female
Intersectional
Powered by our belief in one another.

And we’re just getting started.

“We want women to have a seat at the table,” she said.

But Wallace seemed more concerned about men even though men basically control the table.

“What about men?” he asked.

“They’re already there ― do you not know?” Gillibrand shot back. “It’s not meant to be exclusionary, it’s meant to be inclusionary.”

Wallace seemed to make it sound like he was just joking around but his remark is damaging because the reverse question is never asked of men. It’s one of those questions that evokes fears among men in our society that women are going to just take over and strip them of their rights or something.

Gillibrand would also call out Fox News for the way the network covers abortion.

“What we’ve created, unfortunately, is a false choice and a false narrative,” she said. “Chris, I want to talk about the role Fox News plays in this, because it’s a problem. I can tell you before President Trump gave his State of the Union, Fox News talked about infanticide. Infanticide doesn’t exist.”

Indeed, Republicans have been rolling out new laws outlawing so-called “after-birth abortion,” which does not exist.

Wallace accused her of not being polite but she persisted by pointing out that abortion is “a human right.”

“It’s about having bodily autonomy, it’s about being able to control your physical self,” she concluded. “So let women make these most personal decisions.”