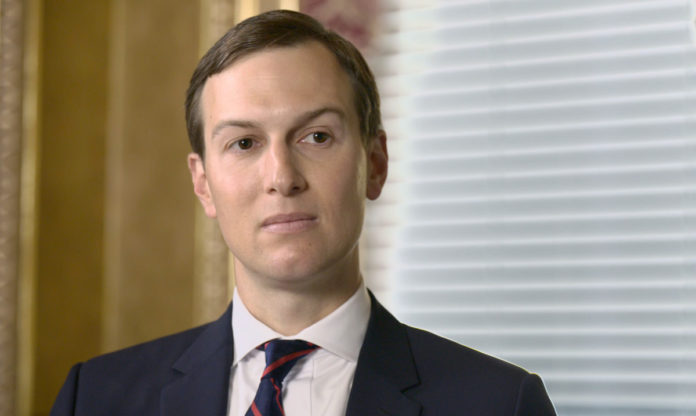 Top White House adviser Jared Kushner says he’s not sure if he would notify the FBI if Russia again approaches him and offers to help his father-in-law, President Donald Trump, in the 2020 election.

Speaking with Jonathan Swan of Axios, Kushner was asked about the meeting he and two other members of the Trump 2016 campaign (Donald Trump Jr. and Paul Manafort) had in June of 2016 with a Russian attorney who promised to provide “dirt” on Hillary Clinton. Kushner replied:

“Jonathan, we’re in a place now where people are playing Monday morning quarterback, and they’re being so self-righteous.

“Let me put you in my shoes at that time. Okay, I’m running three companies, I’m helping run the campaign. I get an email that says show up at 4 instead of 3 to a meeting that I had been told about earlier that I didn’t know what the hell it was about.”

“I show up for the meeting, I stay for 15 minutes, it was a clown show. I text my assistant and say, ‘Can you give me a call and get me the hell out of here, this is a waste of time.’”

Swan then asked directly if Kushner would call the FBI if such a situation presented itself again as his father-in-law is seeking re-election. To that, Kushner responded:

“I don’t know. It’s hard to do hypotheticals, but the reality is is that we were not given anything that was salacious.”

Actually, the reality is that he and two other senior members of the Trump campaign met with Russian nationals and failed to disclose that information to authorities. And when they were caught doing so, they tried to argue it was no big deal. But if that’s the case, why not admit it and move on?

As we’ve seen repeatedly from Trump and members of his inner circle, they lie to cover their tracks and then try to pretend there’s nothing to hide when they’re caught in the lie. Only guilty people act that way.