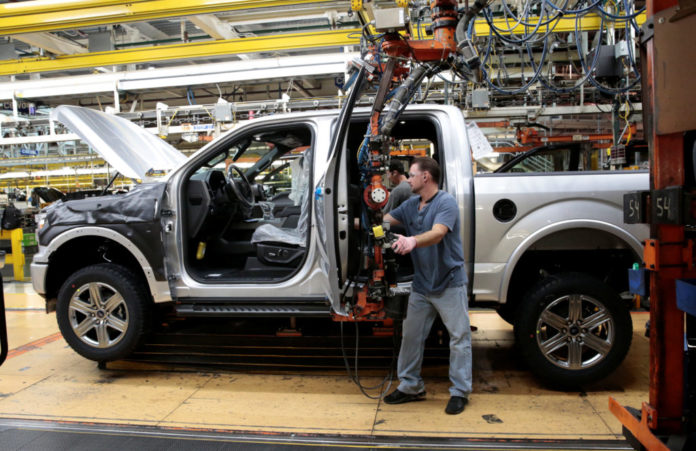 A disappointing jobs report for August and further weakening in the manufacturing sector of the U.S. economy is again raising fears that a recession has begun.

U.S. employers added 130,000 jobs in August, according to a monthly snapshot from the Labor Department, signaling a slowdown in the pace of job growth.

Forecasters surveyed by the Reuters news service had predicted job gains of around 158,000.

Even more alarming was news that the manufacturing sector added a mere 3,000 jobs in August.

Also, the overall job numbers would have been even lower if not for the addition of 25,000 temporary census jobs.

Sarah House a senior economist for Wells Fargo Securities noted that the factory sector of the economy — which is tied to manufacturing — shrank for the first time in three years:

“We’ve certainly seen a divide where the manufacturing sector has weakened much more notably. But we have seen some softening in the broader service sector as well.”

Part of the slowdown in manufacturing is tied to President Donald Trump’s escalating trade war with China, and that doesn’t bode well for the future, according to Jared Bernstein, an economist with the Center on Budget and Policy Priorities:

“We haven’t had a manufacturing-led recession for 50 years. [It] doesn’t mean we couldn’t. But we’re now talking about a sector that’s 8% of employment and 11% of output. Those numbers used to be three times that.”

Bernstein added that it appears the U.S. manufacturing sector is probably already in a recession.

The bright spot in the economy remains relatively stable consumer spending during the spring and summer. Joe Brusuelas, the chief economist for the audit and consulting firm RSM, said that figure is what’s keeping the economy somewhat stable at this point despite all of the other bad economic news:

“Household consumption right now is propping up the U.S. economy. We’ll see if the uncertainty tax that’s been placed on the economy by trade policy begins to adversely influence consumer attitudes.”

Despite the bad news from the jobs report, Trump claimed on Twitter that the economy is in great shape:

The Economy is great. The only thing adding to “uncertainty” is the Fake News!

But the real uncertainty remains the trade war which continues to hang over everyone’s head.