The United States Blues
Home News Lady Gaga schools Mike Pence on what it means to be a... 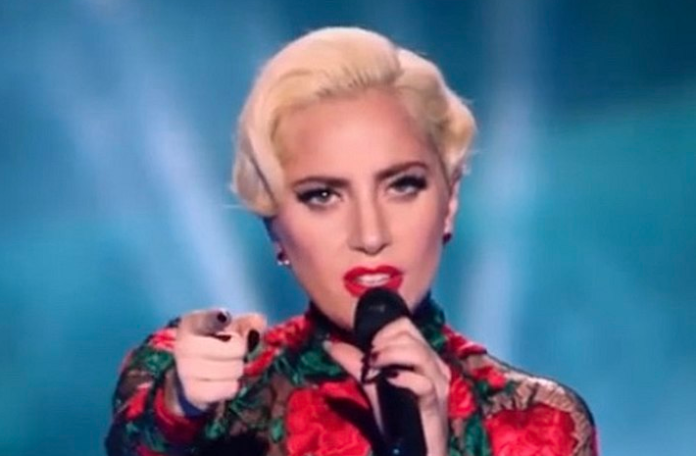 Iconic performer and LGBTQ advocate Lady Gaga destroyed Vice-President Mike Pence during a concert in Las Vegas over the weekend for his anti-gay stance, and schooled him on what it means to be a real Christian.

“I understand that the term ‘marriage’ has only one meaning; the uniting of one man and one woman,” the pledge says according to BBC.

In response to the outrage, Pence claimed to be offended, apparently ignoring the many LGBTQ Americans who are offended by his and his wife’s bigotry.

“My wife and I have been in the public eye for quite a while. We’re used to the criticism,” he began. “But I have to tell you, to see major news organizations attacking Christian education is deeply offensive to us. We’ll let the other critics roll off our back, but this criticism of religious education in America should stop.”

But the reason he and his wife are being criticized is that they are sending a message to LGBTQ Americans that they don’t matter to our vice-president, an office that is supposed to serve all Americans. It’s certainly not supposed to represent prejudice.

Furthermore, the Pence’s are giving Christianity a bad name, which is why Lady Gaga torched them for it on stage Saturday.

“And to Mike Pence who thinks that it’s OK that his wife works at a school that bans LGBTQ. You’re wrong,” she said as the crowd cheered her on. “You’re the worst representation of what it means to be a Christian. I am a Christian woman, and what I do know about Christianity is that we bear no prejudice and everybody is welcome. So you can take all that disgrace, Mr. Pence, and look yourself in the mirror and you’ll find it right there.”

We need more people like Gaga to not be afraid and to speak up. What she says here, thank you for using your voice @ladygaga #ENIGMA ❤️🧡💛💚💙💜💖🖤 pic.twitter.com/kPmJim1VUp

It’s been a rough weekend for Pence. Not only did he just get called out bu Lady Gaga, he got called out repeatedly by Fox News Sunday host Chris Wallace on everything from the government shutdown to his declaring ISIS defeated just hours after ISIS killed four Americans in a bombing in Syria.

Pence is supposed to be the vice-president for all Americans, not just anti-gay Christians. That means he and his wife are supposed to steer clear of these kinds of discriminatory institutions. Openly working for them is an endorsement and sets a terrible example.

The Pence’s are not real Christians. They’re fake Christians who wrongly hate others because they are different and they demonstrate precisely why Mike Pence should never be president, even if Trump is impeached or resigns.