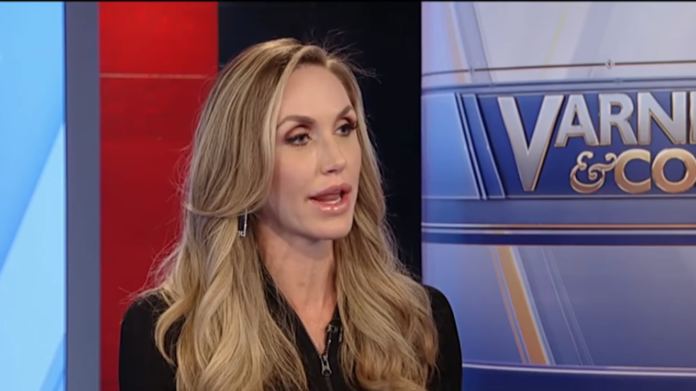 Lara Trump is married to President Donald Trump’s son, Eric, and also has a job as senior adviser to the 2020 re-election campaign. She’s also a willing distributor of lies and propaganda whenever asked to do so by her father-in-law.

On Monday, during an appearance on Fox Business, Laura said that Democrats are only interested in helping people gain asylum in the United States so they can secure new voters to help them win elections.

Asked by host Stuart Varney about the immigrant caravan on the U.S.-Mexico border, Mrs. Trump commented:

All about politics, Laura? Then wouldn’t that make Trump’s fear mongering about the caravan in the closing weeks of the midterm election nothing but a political stunt? And doesn’t it also suggest that the administration wants to use the issue for political benefit and to distract from the fact that the president and members of his family are under scrutiny by Special Counsel Robert Mueller?

“And make no mistake about it. They want these people coming in because those are the new voters for the Democrats coming over the border.”

Of course, if the president was truly committed to doing something about immigration, he would have agreed to sit down and negotiate with Congressional Democrats and Republicans earlier this year. Instead, he decided he’d rather have the issue as a political cudgel he could wield for his own selfish reasons. Now that his party has lost the House, Trump knows he has to try and keep his voter base enraged or else he’s toast in 2020.

The most disgusting part of what Donald Trump is doing is that he’s willing to destroy the lives of children whose parents want to bring them to the U.S. for the promise of a better life. This is a nation of immigrants, and yet this president wants to close our borders and turn his back on the rest of the world.

As for Laura Trump, she’s just nothing more than a brainless lackey who will say anything to curry favor with her utterly immoral father-in-law.