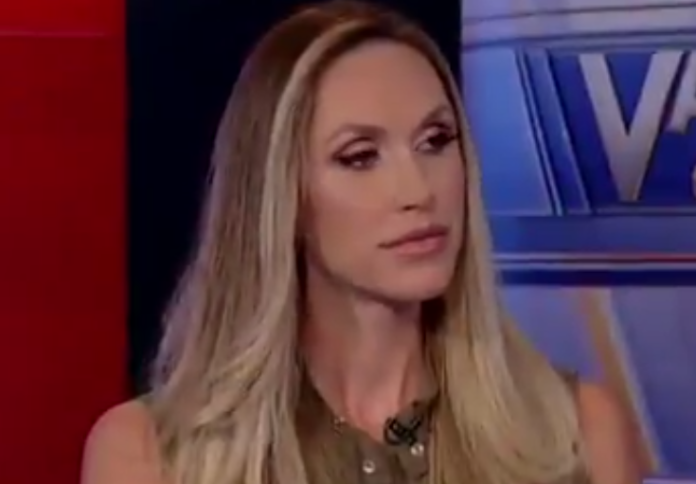 During an interview on Fox Business, Lara Trump demonized refugees and claimed that taking them in is the worst thing to happen to Germany, whose economy remains a powerhouse and enjoys one of the highest standards of living in the world along with universal healthcare.

“It was the downfall of Germany,” she said. “It was one of the worst things that ever happened to Germany. This president knows that. He’s trying to prevent it from happening.”

On Fox Business, Lara Trump claims that Angela Merkel’s welcoming of refugees was “the downfall of Germany” and “one of the worst things that ever happened to Germany.” pic.twitter.com/p2QWhFYqSe

The problem is that not only is Lara Trump wrong about Germany, she’s wrong about history, too. Germany is stronger today than it has ever been all while protecting human rights and democracy. As for the worst thing that’s ever happened to Germany, she conveniently forgets the Nazis and the Holocaust.

As a result of her stupidity and lies, Twitter mercilessly mocked her.

Enjoying the “downfall” every day. Life is beautiful in Germany. ?? (And we couldn’t build a wall, we don’t have a neighbored country to pay for it. Oh… wait… )

Man, I can’t believe Germany collapsed and we find out about it on Fox News from a third tier Trump. They survived two World Wars and communist occupation all to be defeated by refugees.

They are still upset about the fall of the Third Reich.

Germany is not just Europe’s largest economy but also the strongest. On the global scale, it is the fourth-largest economy in terms of nominal GDP with a $3.68 trillion GDP. The size of its GDP in terms of purchasing power parity is $4.17 trillion. Jan 10, 2019

Yes, definitely drawing a blank when it comes to *worse* things that have happened to Germany. Hell, let’s cut out the 20th Century. Someone, quick, ask her about the Franco-Prussian War just to see the look on her face…

What BS. Germany is enjoying great prosperity.
Their economy is strong, and life is good. My son lives and works in Berlin. It’s disturbing the amount of ignorance and disinformation spread by the Trump family.

I am not surprised that Lara Trump thinks refugees are worse than Nazis.

Whenever you see Lara Trump on TV, just remember that she married Eric.

Trump’s war on refugees has reached fever pitch as he threatens to start a war with Mexico and close the border in order to stop Central American migrants from legally requesting asylum in the United States.

And he has committed crimes against humanity by placing migrants in the equivalent of concentration camps, much like Adolf Hitler did to Jews in the 1930s and 1940s. Rather than demonize refugees, Lara Trump should be calling out her father-in-law for trying to copy Germany’s greatest shame. But that would require her to be decent person.