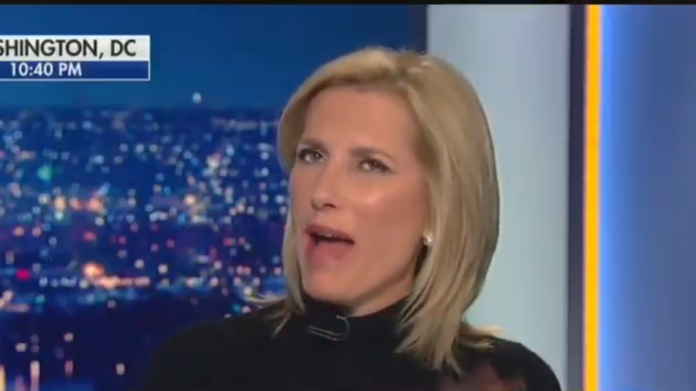 Fox News host Laura Ingraham wants us all to know that white supremacy and racism aren’t such terrible things, especially if such views were espoused decades ago by a man as famous as the late actor John Wayne.

On her show Wednesday evening, Ingraham and guest Raymond Arroyo referenced a 1971 interview Wayne gave to Playboy magazine in which he said:

“With a lot of blacks, there’s quite a bit of resentment along with their dissent, and possibly rightfully so. But we can’t all of a sudden get down on our knees and turn everything over to the leadership of the blacks. I believe in white supremacy until the blacks are educated to a point of responsibility. I don’t believe in giving authority and positions of leadership and judgment to irresponsible people.”

That led Arroyo to begin a full-throated defense of the iconic American actor:

“We’re judging the past in light of shifting moral, ethic and cultural codes of today. We can’t do that.”

We can’t? So does that mean we’re supposed to give the KKK a free pass because back when they terrorized people with lynching and cross burning the culture was accepting of such violence?

That led Ingraham to also defend Wayne and compare those who criticize racism in the past to the terror group ISIS:

What was good about slavery and the Confederacy? It was predicated on the belief that whites are superior to African-Americans. We’re supposed to build monuments to that kind of hatred and ignorance?

Wrong. What we’re impugning is the violence, willful ignorance, and bloody past of this country that the right-wingers want to celebrate and glorify. That doesn’t make us ISIS; it makes us conscious.