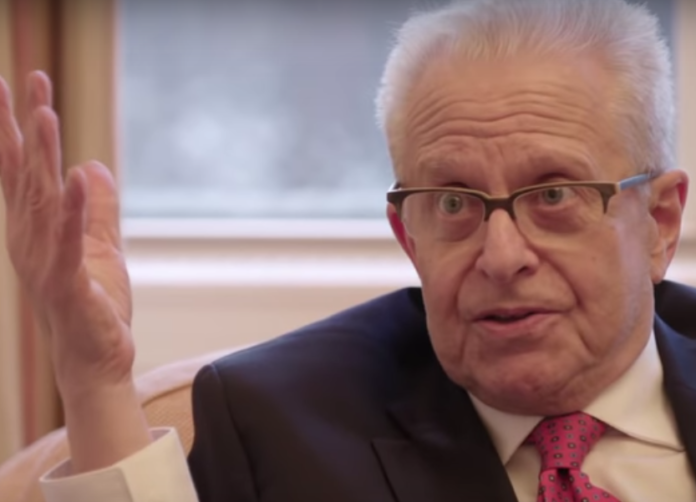 President Donald Trump contradicted his own Commerce Department and Justice Department on Tuesday afternoon by ordering them to continue searching for a way to add a racist citizenship question to the Census in defiance of the Supreme Court, earning the wrath of Harvard law professor Laurence Tribe.

The Supreme Court ruled last week that Commerce Secretary Wilbur Ross will have to come up with a better argument if Trump wants to add the question to the Census.

But there’s simply not enough time to continue litigation because the Census forms need to be printed so that the constitutional duty can be performed in a timely manner.

In an effort to do just that, the Justice Department and Commerce Department had decided to drop the matter and begin printing the Census forms without Trump’s question, only for Trump himself to contradict his officials just hours later on Twitter.

The News Reports about the Department of Commerce dropping its quest to put the Citizenship Question on the Census is incorrect or, to state it differently, FAKE! We are absolutely moving forward, as we must, because of the importance of the answer to this question.

And like a good little toady, Attorney General Bill Barr immediately rolled over for Trump instead of defending the Constitution of the United States by issuing a statement declaring that the Justice Department is looking at “near-term options” to ascertain whether adding the question is viable and can be allowed under the ruling by the high court.

Barr’s job is not to defy the Supreme Court for Trump. It’s to follow and defend the laws, the highest of which is the very Constitution he swore an oath of defend.

Tribe expressed his disgust of Barr’s willingness to do whatever Trump tells him to do on his own Twitter account.

Barr has done it again: He’s demonstrated there’s no limit to how much shit he’s willing to eat — or to dish out & toss at the public and the other branches of government — to please his master. Since his real client isn’t the United States but the Donald, he should bill DJT. https://t.co/seaWiwZ2l6

Indeed, the American people are the ones who will have to pick up the tab for Trump’s temper tantrum, and Tribe is absolutely right in demanding that Trump be the one who pays this bill. Then you can be sure that he’ll abandon this obsession because the last thing he wants to do is spend his own money.

And if Barr can’t do his damn job and stand up to Trump in defense of the Constitution and the rule of law, he needs to resign immediately, because this country deserves an Attorney General with a spine, not one who bends the knee to a wannabe dictator.