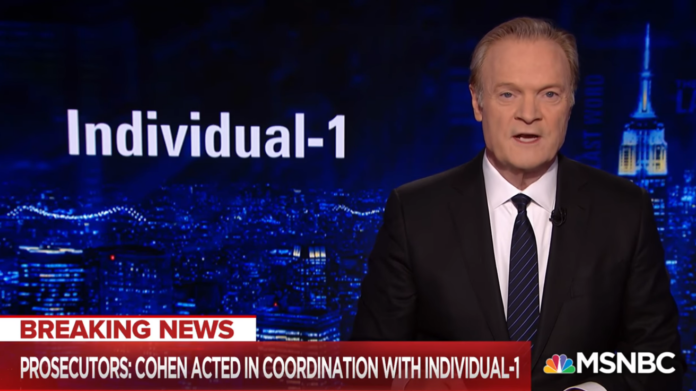 There can no longer be any doubt that President Donald Trump has committed high crimes and misdemeanors and must be impeached, according to MSNBC host Lawrence O’Donnell.

On the Friday edition of his nightly show, just hours after two sentencing memos from Special Counsel Robert Mueller named Trump as an unindicted co-conspirator for ordering that his former attorney, Michael Cohen, make hush money payments to two women Trump allegedly had affairs with.

O’Donnell began by noting that the only thing keeping Trump from being indicted is a memo from the Department of Justice which suggests sitting presidents are not subject to indictment:

Next, O’Donnell cited American history to bolster the case against Trump:

The time, O’Donnell concluded, has come for Congress to do what must be done if this is indeed a nation of laws and every person is subject to the law:

There can no longer be any doubt that we have a man in the Oval Office who appears to have been involved in all sorts of illegal actions and immoral behavior. No president has been more deserving of removal from office than Donald Trump. To allow him to remain would be an insult to everything the Founding Fathers intended this nation to be.