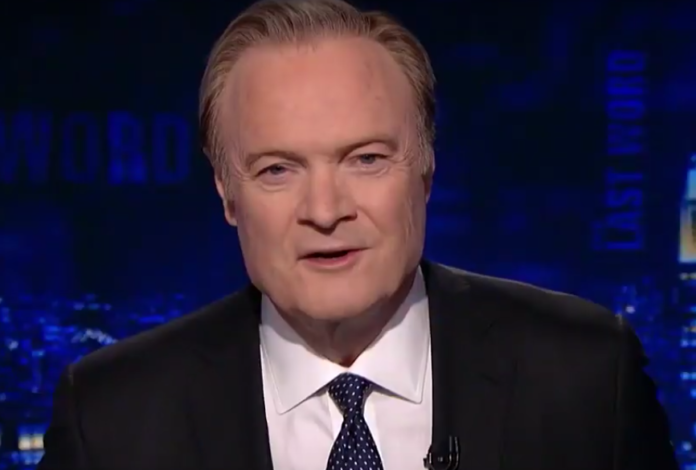 MSNBC host Lawrence O’Donnell ridiculed President Donald Trump with glee on Tuesday night after Trump had surrendered to the Supreme Court earlier the day by dropping his obsession with putting a racist citizenship question on the 2020 Census.

After the Supreme Court ruled against him on the issue, Trump threatened to delay the Census until he gets his way, even though the deadline to print the forms was set for Monday. But by Tuesday, it became clear that the Commerce Department either needed to start printing the forms or there would be no Census as required by the Constitution.

And so, Trump backed down.

O’Donnell went on to opine that Trump’s habit of surrendering after threats may indicate that he won’t refuse to leave the White House after all as experts fear.

“And there’s a very important lesson in today’s surrender for what will happen the next time a new president is sworn-in and Donald Trump is forced to leave the White House,” he continued. “There are actually people who are gaining more and more currency with the belief that that won’t happen, that Donald Trump simply will not accept the inauguration of another president, especially after the president tweeted a video suggesting that he was going to stay president forever. But of course, Donald Trump will surrender the White House because he always surrenders to the stronger power — as he did today.”

This may be wishful thinking on O’Donnell’s part and Americans should certainly keep their guard up and be prepared for a constitutional crisis when the day comes that Trump has to leave office. Trump has repeatedly indicated that he could cry fraud if he loses the 2020 Election and refuse to leave the White House. A peaceful transition of power is tradition in this country, and Trump has not missed an opportunity to break tradition yet throughout his presidency.

But O’Donnell does have a point about Trump surrendering after threats. After all, he repeatedly threatened North Korea and now he is best friends with Kim Jong Un even though North Korea refuses to denuclearize. Trump also recently canceled an airstrike on Iran at the last minute despite threatening them with “obliteration.”

Trump has made a lot of threats only to back down. And while that doesn’t guarantee that Trump will peacefully leave office, it does signal the world that Trump is all talk and no walk, making the United States an easy mark.