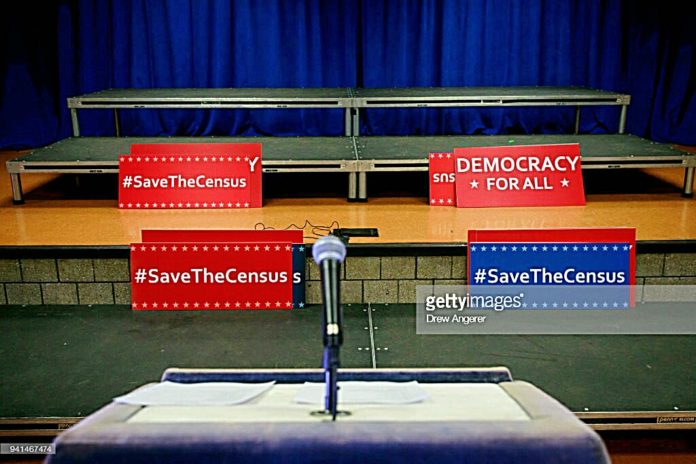 The Trump administration added a new question to the 2020 U.S. Census that some claim is meant to terrify illegal immigrants and depress the representation of Blue States in Congress.

On Tuesday those blue states, along with the District of Columbia, filed a lawsuit to block the change in the questionnaire.

“The lawsuit, led by New York Attorney General Eric Schneiderman, argues that the question will depress responses in states with large immigrant populations. This would cause the census to run afoul of the ‘constitutional requirement’ that the government fairly and accurately count all people in the country, Schneiderman said at a news conference announcing the suit.”

What Is The Question And Why Does It Matter?

Last week NBC News reported why the 2020 Census is such a hot-button topic:

“Hours after the Trump administration announced that the 2020 U.S. census would include a question about citizenship status, Democrats vowed to fight it in Congress and the courts, saying the query will scare away respondents who fear immigration enforcement and that it will yield more political power to the GOP.”

Ramifications Of Adding That ‘Simple’ Question

The question has the potential to scare illegal immigrants and prevent from participating in the census.

But the critical issue may affect future elections and federal funding to states with a higher population of illegal immigrants.

Most of these states are Blue. Schneiderman said,

“This is just an effort to punish places like New York that welcome immigrants, that are accommodating to immigrants and embrace the American tradition of open arms for all… We stand to lose money because this determines congressional representation and the Electoral College. This is an affront to our national ideals, and this is an affront to the constitution.”

The lawsuit filed by these states comes on the coattails of blistering criticism from congressional Democrats. They did not hold back in rebuking the official explanation given by the Trump White House that they were simply protecting minority voters.

Rep. Jerry Nadler of New York, the ranking Democrat on the House Judiciary Committee, did not mince his words in calling out the Trump Administration’s move as a:

“…brazen attempt … to cheat on the census and to attack states that have large immigrant populations. This is an attempt to steal congressional seats from those states, to steal electoral votes from those states and move them to more congenial states likely to vote Republican.:

Republicans have already gerrymandered districts to the point they resemble a Jackson Pollack painting.

This new move by the Trump administration seems to be a desperate attempt to stop the Blue Tsunami that will be sweeping this nation in November.