The United States Blues
Home News Lawyer for Kim Davis pathetically begs for donations to defend her after... 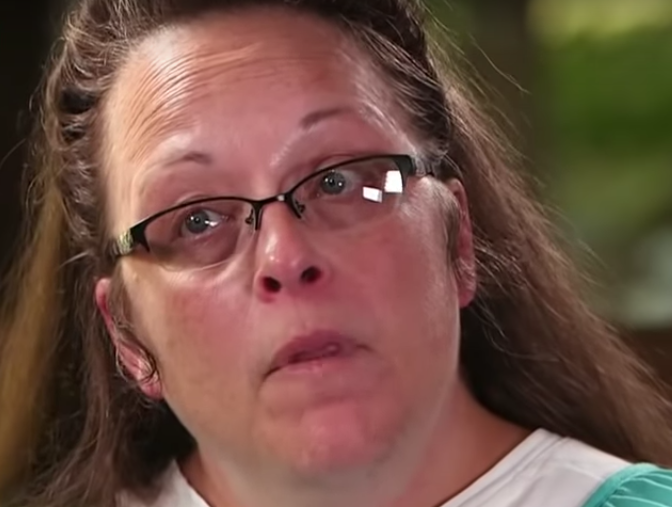 Liberty Counsel’s Mat Staver has resorted to pleading for cash to continue defending bigoted former Kentucky county clerk Kim Davis after a court ruled she can be sued for damages by gay couples she denied marriage licenses.

Last week, the Sixth Circuit Court of Appeals ruled that the state is liable for $225,000 in legal fees stemming from the cases against Davis because she was acting for the state when she refused to grant marriage licenses to gay couples after the Supreme Court ruled same-sex marriage legal in 2015.

In a separate ruling, however, the court said that Davis can be sued individually for damages by the couples she discriminated against.

And that has Staver panicking because his client apparently can’t afford to pay him to defend her, so he sent an email to supporters begging for money, claiming that Davis “risked everything she had rather than violate her conscience.”

“She refused to endorse what God prohibits by issuing marriage licenses with her signature to same-sex couples,” he continued, going on to say that being sued could put “her future in jeopardy.”

“Not only that, but radical LGBT activists and their allies want revenge,” Staver concluded. “Will you donate now to help Kim through to victory—and to help Liberty Counsel defend freedom, life and marriage in other cases across America?”

In a press release, Liberty Counsel argued that Davis should be immune from being sued.

Davis will continue to argue that she is not liable for damages because she was entitled to a religious accommodation (which Gov. Bevin and the legislature granted), and that her actions did not violate clearly established rights. The Supreme Court can strike down a law but not rewrite it. As the then-president of the Kentucky Senate argued in an amicus brief, the laws of the Commonwealth on marriage were “shredded” by the Supreme Court’s ruling, and the legislature had to enact new legislation. The duties of a clerk in the area of marriage is governed in every aspect by the laws of the Commonwealth.

If that were the case, Kentucky would still be able to outlaw interracial marriage. But there are just some things states can’t do, like discriminate against consenting adults just because of who they are marrying, especially in defiance of the high court. These gay couples just wanted to get married. They were not forcing Davis to marry them. All she had to do is do her state-sanctioned job and sign marriage licenses to people who want them. As an employee of the state, she cannot hide behind religion to deny services to anyone. Period.

Davis needs to lose her case badly so she can be an example warning all state employees that if they discriminate, it can cost them everything. Same-sex marriage is legal and bigots can go whine about their “religious freedom” in the privacy of their own homes or at church. But once they clock into their government job, their religious views should be checked at the door because the government is supposed to work for everyone.