The United States Blues
Home Politics Congress Legal analyst explains how the Lewandowski hearing was an absolute disaster for... 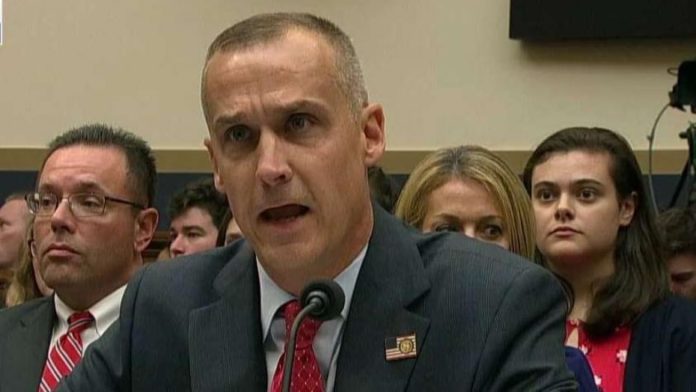 Though he tried his best not to cooperate with the House Judiciary Committee on Tuesday, former Trump campaign manager Corey Lewandowski may have helped build the case for impeachment against President Donald Trump, according to a CNN legal analyst.

Lawfare Institute general counsel Susan Hennessy was a guest on “The Situation Room,” and noted that Lewandowski gave House Democrats plenty of ammunition they can use in their impeachment inquiry.

“Lewandowski was performing for the president. He was performing for Republicans in the state of New Hampshire. If he decides to run for the Senate. And Republicans did get an opportunity today … to sort of shove it back to the Democrats and say, look, you guys, Barack Obama knew about the Russian meddling, why didn’t you tell us.”

That’s when Hennessy commented that while Republicans on the judiciary committee may think they scored points with what Lewandowski had to say, overall the day had been a big setback for the White House:

“We see the alternate realities that Democrats and Republicans are living in and playing out at the hearings. That said, I would sound a note of dissent with my esteemed fellow — the job was not to get Corey Lewandowksi to deliver up that perfect sound bite. The job for the Democrats today was to remind the American people that the president of the United States directed an individual to attempt to apply pressure to the attorney general of the United States to limit the Mueller probe. It is potentially an act of obstruction of justice.”

“To have Corey Lewandowksi confirm in open testimony that the White House has directed him not to speak about that, what is the president hiding? That stuff is really, really damaging.”

It should also be noted that Lewandowski, in refusing to answer many of the questions from the committee, was engaged in contempt of Congress and obstruction. Since he was doing so at the request of the president, it can logically be concluded that Trump is also engaged in contempt of Congress and obstruction, both of which were charges in the articles of impeachment filed against Richard Nixon.