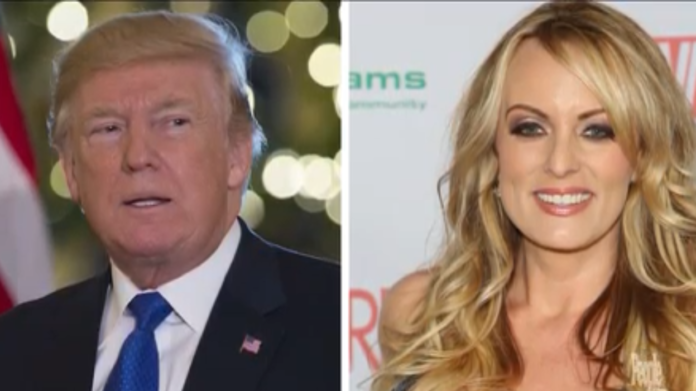 While President Trump manages to maintain his silence regarding the allegations made by adult film star Stormy Daniels, legal analysts are now saying that the alleged affair and subsequent payoff to Daniels could place Trump in serious legal jeopardy.

On CNN Wednesday, Atlanta-based attorney Page Pate was discussing the non-disclosure agreement and arbitration clause crafted by Trump’s personal attorney, Michael Cohen, and the problems it could pose for the president:

“I think this arbitration clause and this entire nondisclosure agreement was so poorly drafted that now Stormy Daniels’ legal team does have a solid legal argument that there was never any deal in place. That is an issue that a federal judge has to pass on before the case is sent to arbitration. So, yes, now that there’s an issue for the federal judge, it is realistic and understandable to request some limited discovery, including depositions of the people who supposedly were parties to this agreement.”

Imagine Trump having to give a deposition in the case, even if only on video, the way former President Clinton did during the investigation into his affair with White House intern Monica Lewinsky.

Pate then noted that Trump under oath for a deposition is a defense attorney’s worst nightmare because the president lies so often:

“Because he is following the exact type of tactics we’ve seen Trump’s legal teams use in the past when Trump was a private citizen,. So, the more he presses, the more aggressive he is in this litigation, the more likely it is he’s going to get Trump in a deposition, and then that’s where it becomes critically important. Any question that the president answers under oath falsely in a deposition could be grounds for criminal prosecution of perjury. Completely aside from any campaign finance violations or any Russia collusion. Lying under oath in a deposition is a crime.”

Perjury. It was one of the counts filed against Clinton when articles of impeachment were drawn up. Clinton fell into that trap, and he was a skilled lawyer with a degree from Yale.

Trump, on the other hand, is an addled pathological liar who has difficulty distinguishing between fantasy and reality.

One deposition could be game, set, and match for Donald Trump.

Here’s the discussion on CNN :