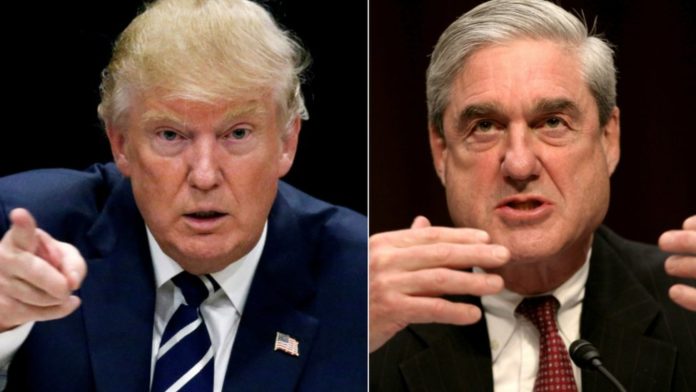 President Donald Trump is declaring himself vindicated after Special Counsel Robert Mueller issued a brief cryptic statement in response to a bombshell report by Buzzfeed claiming that Trump told Michael Cohen to lie to Congress.

Citing federal law enforcement officials, Buzzfeed reported that Trump directed Cohen to lie to Congress about his Trump Tower Moscow negotiations, thus committing subornation of perjury, which would be a criminal and impeachable offense.

Buzzfeed continues to stand by the story, but Mueller issued the following statement:

“BuzzFeed’s description of specific statements to the Special Counsel’s Office, and characterization of documents and testimony obtained by this office, regarding Michael Cohen’s Congressional testimony are not accurate.”

Trump followed up by gloating as if he has been cleared of all wrongdoing.

Remember it was Buzzfeed that released the totally discredited “Dossier,” paid for by Crooked Hillary Clinton and the Democrats (as opposition research), on which the entire Russian probe is based! A very sad day for journalism, but a great day for our Country!

But Mueller’s statement was so brief and non-detailed that many legal experts are pointing out that it’s premature to claim that Mueller is denying the report.

This isn’t much different from my take—it suggests the sources missed some nuance in the evidence they described and thus mischaracterized and/or overstated the evidence. https://t.co/J7C3XXYKRT

Mueller statement highlights need for an investigation, it doesn’t resolve things. It could be Mueller doesn’t have sufficient evidence Trump ordered Cohen to lie,or it could be about defending his Office’s reputation as a no-leaks place.Stmt mentions SC office 2x. Time will tell https://t.co/utdPzUyiy2

Take it from me, this is how a gov spox says “Parts of the story are wrong and parts are right, but I can’t tell you which parts are which because it would require confirming some things or refuting with info that I don’t want to reveal (because it’s sensitive or damaging).” https://t.co/aDjCcnRaZf

While this could be interpreted as a full denial that the Special Counsel has evidence that Trump instructed Cohen to lie to Congress, I think that’s unlikely. If that were the case, I doubt the denial would have been so carefully worded and limited.

More likely, I think, is that the Special Counsel’s Office was narrowly denying only a discrete aspect of BuzzFeed’s report. For instance, maybe the sources got the timing wrong, and Trump actually told Cohen to lie before the election, not “after.” Or maybe Cohen told the Special Counsel that Trump conveyed the instruction to lie through an intermediary, not “personally.”

Clearly, there’s more to Mueller’s statement than meets the eye. But we won’t know what it is until he issues his final report because Mueller is not known for leaking details of an investigation.

What’s truly fascinating is that Trump and his allies are now all of sudden praising Mueller after 18 months of attacking him and the Russia investigation, which is still ongoing and is still expected to be devastating to Trump because it’s not all about what he did or did not tell Cohen to do.

But we could still soon know more about the Buzzfeed story because Congress is set to hear testimony from Michael Cohen himself next month. And he will undoubtedly be asked if Trump directed him to lie. His answer will either pour cold water on the Buzzfeed story or drop like a nuclear blast on Trump’s head and presidency.

We’ll just have to wait and see.