The United States Blues
Home News From Legal To Lethal – How Legally Purchased Guns Make It To... 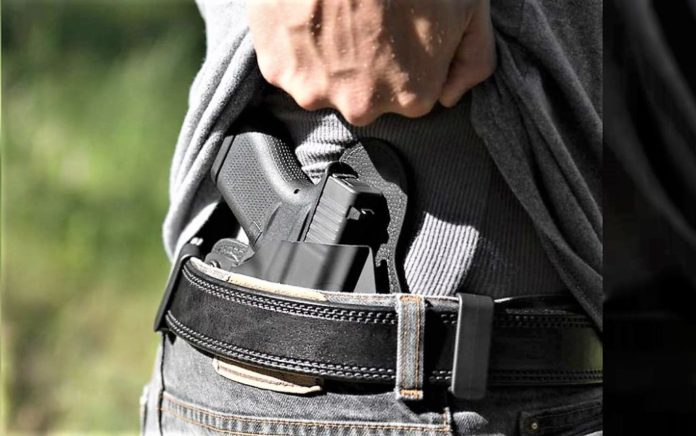 When a gun is purchased legally, the purchaser has to sign a federal form swearing that the gun is intended for the purchaser only. Lying on the form is a felony. Lying on federal documents may be a felony, just ask Jared Kushner. But people do it consistently to fuel the illegal gun market.

The Washington Post detailed the path that one gun, purchased by Jamal Fletcher-Baker, took. He bought it legally, but he had no intention of keeping it. He quickly gave it to his friend Lawrence Monte Morgan. Baker told a comfortable lie on that federal form, and just like that, the gun was out of his hands and onto the street.

That particular gun changed hands several times and was used in multiple shootings before being recovered by police. It crossed state lines and moved at a rapid-fire pace.

That gun Baker originally bought was used in a shootout at a birthday barbecue that left six people wounded less than a week after Baker made the original purchase.

The Bureau of Alcohol Tobacco and Firearms (ATF) tracking data shows that the time between when a gun purchase is made and when that gun shows up in crime has shortened annually since 2010.

The ATF tracking data shows that the number of guns that appear, used in crimes, within three months of the purchase of the firearm has doubled over the past five years.

Those short time spans highlight the link between what may start as a legal gun purchase but then ends in violent crime. Law enforcement officials cannot keep up with the pace of gun movement in urban and high-crime areas.

The President has talked at length about the violence in America’s big cities. He likes to point to urban areas and compare them to war-torn countries. The officials, mayors and police chiefs, in those urban areas say that the ease with which illegal guns are readily available is a primary source of the violence.

Many on the right argue that the illegal gun market is simply the result of strict gun laws and that if guns were more readily available to the “good guys” then the violence would diminish. The problem is, that weapon the Washington Post tracked, Baker bought it legally.