The United States Blues
Home Politics Congress Lindsey Graham Has On-Air Meltdown: ‘We’re Not Going To Give In To... 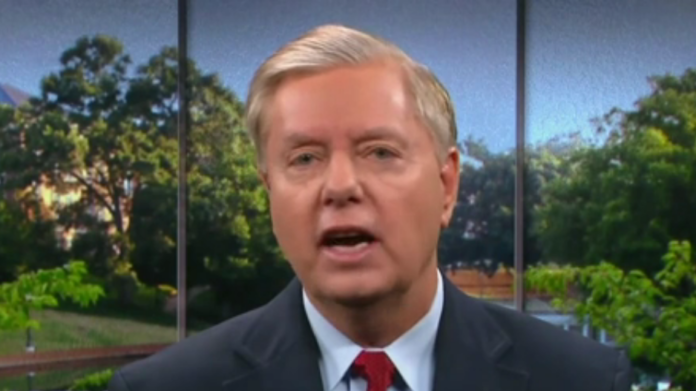 Republican Senator Lindsey Graham of South Carolina began shouting during an appearance on “Face the Nation” Sunday, declaring in a discussion of the border wall that his party wasn’t going to “give in to the radical left” he claimed was in control of the Democratic party.

“As long as radical left is in charge we’re never going to get anywhere. The president will compromise, though he will not capitulate, that’s where we’re at.”

“Nancy Pelosi has made progress as she has gone from a penny to a dollar! Nancy Pelosi sees the border crisis as manufactured. President Trump sees it as real. And until we see the same movie, you’re never going to reach a conclusion. The president is right to dig in to get money for a wall as part of border security.”

Brennan then followed up with this query:

“So, you don’t want to open the government and then continue talking?”

To that, Graham shouted:

“We’re not going to give in to this radical left — ever! Until we can find a rational way forward and have a wall as part of a border security plan, we’re going nowhere.”

The radical left? Really, Lindsey? Did you get that talking point directly from the White House press office so you could use it when asked about the shutdown? Or has Senator Graham completely sold what was left of his tiny soul to the extremists who have seized control of the GOP and seem perfectly willing to drive it off a cliff if they don’t get their worthless monument to white nationalism in concrete and metal?

There was a time when Lindsey Graham was one of the few rational voices on the Republican side of the aisle. Now it appears he too has been corrupted by the forces of right-wing jackboots who will only be happy when this great republic has become a fascist police state.