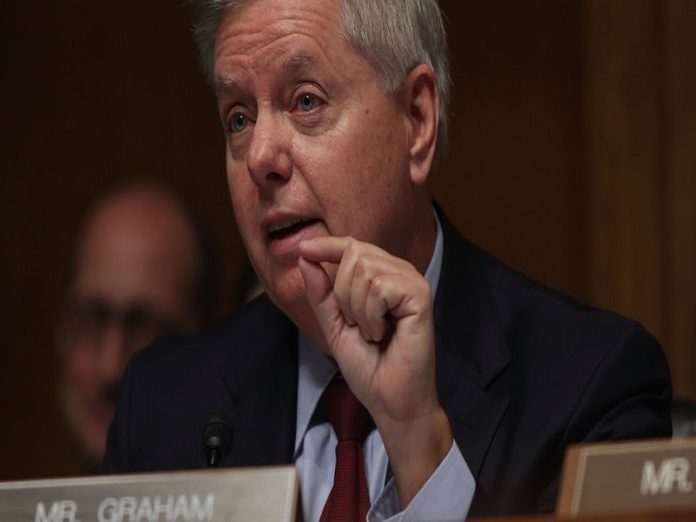 Senator Lindsey Graham (R-S.C.) may not be a liberal’s friend when it comes to domestic and social issues, but sometimes he gets it right when it comes to foreign policy. Much like Senator John McCain (R-Ariz.), Graham is unnerved by President Donald Trump’s lack of understanding the threat that Putin poses not only to Europe but democratic institutions across the globe.

Senator Graham issued a dire warning to Trump if he fires Special Prosecutor Robert Mueller: Fire special counsel Robert Mueller and you’ll be out of the White House.

“If he tried to do that, that would be the beginning of the end of his presidency, Graham said on CNN’s ‘State of the Union.’ The only reason Mr. Mueller could ever be dismissed is for cause. I see no cause when it comes to Mr. Mueller. He needs to be able to do his job independent of any political influence. I pledge to the American people as a Republican to make sure that Mr. Mueller can continue to do his job without any interference. I think he’s doing a good job.”

Graham’s comments were in response to Trump’s typical Sunday morning Twitter Tantrum, which included a brazenly unpresidential (and incriminating) attacks on the Russian investigation and the entire Special Counsel team.

But Graham also expressed anger over the outrageously political firing of former FBI Deputy director Andrew McCabe, telling Tapper that the Senate Judiciary Committee should hold a hearing on McCabe’s firing to, “make sure it was not politically motivated.”

“I think we owe it to the average American to have a hearing in the Judiciary Committee, for Mr. Sessions, Attorney General Sessions, comes forward with whatever documentation he has about the firing and give Mr. McCabe a chance to defend himself,” Graham said. “I believe when it comes to this issue, we need as much transparency as possible, to make sure that it was not politically motivated.

Graham may not be on the top of progressives friends list, but he does seem to be quite serious about making sure Robert Mueller continues his investigation, which is both helpful and commendable.