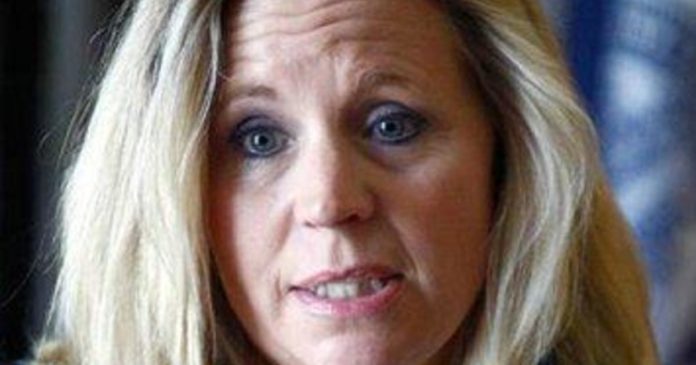 Though she has quickly risen to the powerful position of Chair of the House Republican Conference, Rep. Liz Cheney (R-MT) now finds herself in very hot water after she accused House Democrats of being anti-Semitic.

Cheney attacked Rep. Rashida Tlaib (D-MI) for comments she made about the Holocaust. And what Tlaib said may not have been especially eloquent, it also wasn’t anti-Semitic, as Jonathan Chait of New York Magazine noted. Here’s exactly what Tlaib had to say:

“There’s always kind of a calming feeling I tell folks when I think of the Holocaust, and the tragedy of the Holocaust, and the fact that it was my ancestors — Palestinians — who lost their land and some lost their lives, their livelihood, their human dignity, their existence in many ways, have been wiped out, and some people’s passports. And just all of it was in the name of trying to create a safe haven for Jews, post-the Holocaust, post-the tragedy and the horrific persecution of Jews across the world at that time. And I love the fact that it was my ancestors that provided that, right, in many ways. But they did it in a way that took their human dignity away and it was forced on them.”

But Cheney decided she’d take those remarks totally out of context and try to smear Tlaib:

Surely now @SpeakerPelosi⁩ & ⁦@LeaderHoyer⁩ will finally take action against vile anti-Semitism in their ranks. This must cross the line, even for them. Rashida Tlaib says thinking of the Holocaust provides her a “calming feeling” https://t.co/opUUNEol2d

I am deeply sorry for our nation that the House Democratic leadership continues to enable the anti-Semitism in their ranks. https://t.co/MrcU5ekd2U

But as many people pointed out on social media, Cheney herself voted against a House resolution that condemned anti-Semitism, Islamophobia, and hate speech against minorities:

Remember when you voted no on the resolution that would have condemned white supremacy and antisemitism? Because I do

Hey, you’re the Cheney who’s Dad is a war criminal right? The same Liz Cheney who cast aside her gay sister to run for office because you believe in “traditional” marriage”? Yeah I absolutely want to hear your spin on this. https://t.co/zR85FZxvE3

Candace Owens: Hitler would have been ok if he kept it in Germany.
Liz Cheney:

Rashida Tlaib: there’s a calming feeling when I think of the tragedy of the Holocaust and the sacrifices made by Palestinians to create a safe place for the Jews.
Liz Cheney: ANTI-SEMITISMMMMMMMM https://t.co/Ylp3O8ca2x

1) She is not anti-Semitic
2) You voted “no” on resolution condemning white supremacy
3) Trump administration cut funding to prevent white-nationalist terrorism
4) GOP welcomes white-nationalist @SteveKingIA
5) GOP: “Jew’s will not replace us” = very fine people

Here’s some free advice for Liz Cheney: Have a seat and shut up.