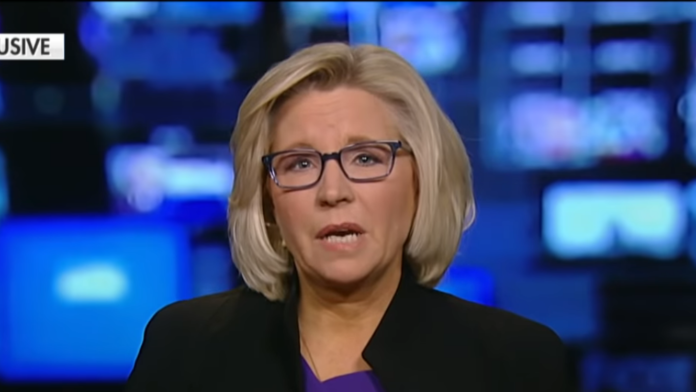 Now that Republicans are the minority in the House of Representatives, the remaining GOP members of Congress have decided they’ll slag the incoming freshman class of Democrats by accusing them of being incapable of legislating because of their political beliefs.

Such was the case with Rep. Liz Cheney (R-WY), who was a guest on the Fox News show “Sunday Morning Futures.” Host Maria Bartiromo reminded Cheney that only 19 Republican women had won in the midterm election, while Democrats are sending 113 women to the new Congress. Bartiromo asked:

“Why do you think that is?”

“We’ve got to do a better job. We’ve got to make sure that we are recruiting women candidates, that we’re working to get our message out to women and men.”

But in the next breath, Cheney began attacking Congressional Democrats, commenting:

“But I would just say, it’s very important us to recognize that, you know, women make bad policy too. And Nancy Pelosi obviously, you know, as the leader of the Democrats is somebody who’s in a position, who has said that she will try and put in place the kind of legislation we know is bad for the country.”

Not to mention, Cheney then added, many of the incoming House Democrats are socialists:

“If you look at the wave of young Democrats — women, men — many of them who have come in in this freshman class, you know, a lot of them are socialists,” the Republican congresswoman insisted. “And they are proposing the kind of socialist economic policies we know is going to be incredibly damaging if it were ever to take hold in this country.”

Yes, God forbid if we were ever to make sure that every American has affordable health care, a roof over their head, and food to eat. Before you know it, we’d be Scandinavia and have the highest standard of living and life expectancy in the world! How horrible that’d be, huh?

Republicans have nothing to offer but tax cuts for billionaires, endless wars, and taking food out of the mouths of the neediest so the GOP can serve caviar and foie gras to their donors. No wonder they lost so badly in the midterms.