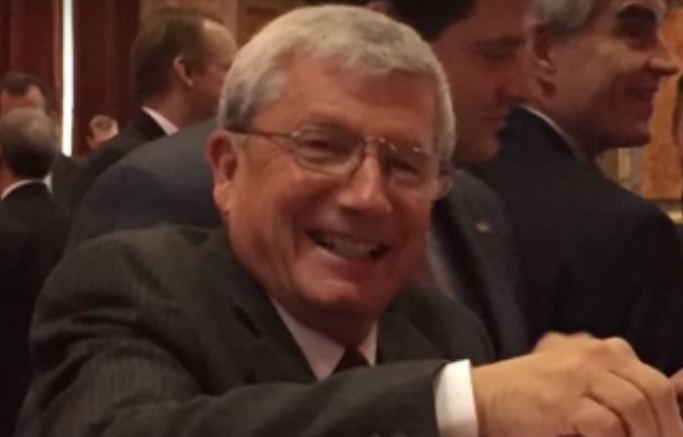 An Iowa lawmaker said to hell with the Republican Party on Tuesday with an epic announcement that he is joining Democrats because President Donald Trump has brought shame and disgrace to the GOP.

Not even a week after the Mueller report went public revealing Trump’s many instances of obstruction of justice, Iowa GOP state Rep. Andy McKean turned his back on Republicans as they continue to refuse to stand up to him.

“With the 2020 presidential election looming on the horizon, I feel, as a Republican, that I need to be able to support the standard bearer of our party,” he said. “Unfortunately, that is something I’m unable to do.”

McKean, whose state as a whole has been abandoning Trump in the polls, then explained his decision in a scathing criticism of Trump.

“I believe that it is just a matter of time before our country pays a heavy price for President Trump’s reckless spending and short-sighted financial policies, his erratic, destabilizing foreign policy and his disregard for environmental concerns,” McKean continued. “Furthermore, he sets, in my opinion, a poor example for the nation and particularly for our children by personally insulting, often in a crude and juvenile fashion, those who disagree with him, being a bully at a time when we’re attempting to discourage bullying, his frequent disregard for the truth, and his willingness to ridicule or marginalize people for their appearance, ethnicity or disability.”

McKean’s words and decision have even more meaning because he’s been a Republican lawmaker since 1978.

“I believe that his actions have coarsened political discourse, have resulted in unprecedented divisiveness, and have created an atmosphere that is a breeding ground for hateful rhetoric and actions,” McKean concluded. “Some would excuse this behavior as telling it like it is and the new normal. If this is the new normal, I want no part of it.”

One of those Republicans excusing Trump’s behavior and actions is Senator Joni Ernst (R-Iowa), who recently defended Trump’s obstruction crimes as simply part of his “brash demeanor.”

Her refusal to stand up to Trump in recent months has resulted in many of her own constituents turning against her and she could very well lose in 2020 along with Trump.

McKean, meanwhile, is on the right side of history and one wonders if other Republicans are set to abandon the sinking ship now that the damning Mueller report is proving just how treacherous Trump has been to this country and the office he holds.