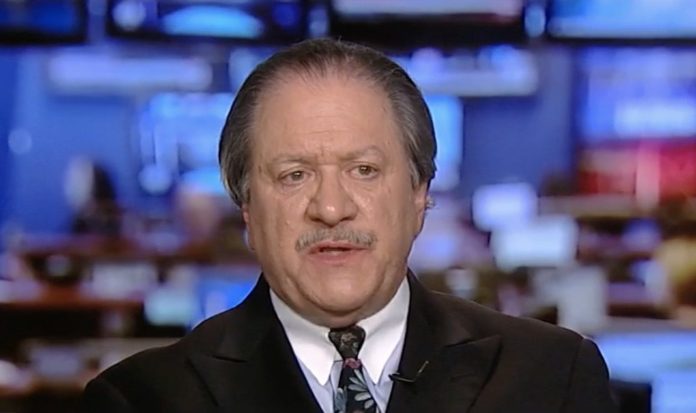 Joe diGenova is a former U.S. Attorney and frequent guest on Fox News. He’s also an ardent supporter of President Donald Trump, and he’s warning that the country is currently “in a civil” war, so everyone had better be stocking up on guns.

DiGenova was a guest on Laura Ingraham’s podcast Thursday, and Ingraham asked him about the recent news stories involving Coast Guard lieutenant Christopher Hasson and “Empire” actor Jussie Smollett. Was there a connection? Ingraham wondered.

That question led diGenova to declare that a civil war in now underway in the United States:

“There’s two standards of justice, one for Democrats one for Republicans. The press is all Democrat, all liberal, all progressive, all left – they hate Republicans, they hate Trump. So the suggestion that there’s ever going to be civil discourse in this country for the foreseeable future in this country is over. It’s not going to be. It’s going to be total war. And as I say to my friends, I do two things – I vote and I buy guns.”

Two standards of justice? Let’s see, Smollett was charged with making false statements about a hate crime that didn’t take place and released on $100,000 bail. He is being prosecuted for what he did. Hasson is being held without bond because he was planning a mass terror attack on Democratic politicians and members of the media. How is that two standards?

As for the press being “all liberal, all progressive, all left,” that’s also complete nonsense. Is diGenova the least bit familiar with Fox News? It’s a network devoted to conservative, right-wing propaganda. There’s a reason it’s often referred to as Trump TV.

Sounds like Joe diGenova is trying to boost gun sales and help the NRA, which is hemorrhaging money after allegedly laundering money for Russia.

Civil war? Hardly. Trump acolytes are merely terrified the truth is going to be found out about their orange savior.