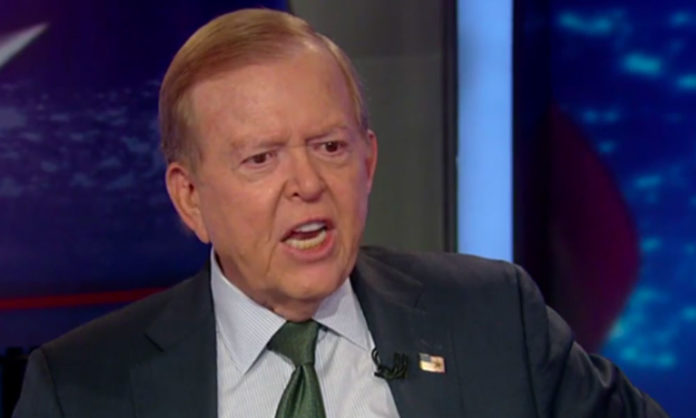 Overall, there was widespread praise for Judge Kelly’s ruling in the media world, including on Fox News, which had filed an amicus brief in support of CNN and Acosta.

But Fox Business host Lou Dobbs was outraged by the decision, posting this on Twitter:

Here’s the thing: Judge Kelly was appointed to the bench by none other than Donald Trump himself and confirmed by a GOP-controlled Senate. So if Dobbs wants to be outraged, why didn’t he direct any of his ire at the president he so fervently worships?

It didn’t take long for social media to light up Dobbs for his idiocy:

I say FIRE the guy who appointed that judge! FIRE him now!

The judge in this case was appointed by Trump. So…

A) POTUS was wrong in having Acosta’s credentials pulled.

B) We need a new POTUS that is better qualified to choose federal judges since Trump isn’t.

Which is it, Lou?

Snowflakes. Every time the right loses a court case, they cry foul and accuse the judge of liberal bias. Considering you lose these cases so often, even when the judge is appointed by a conservative, it seems more likely the problem is with your unconstitutional actions.

Trump nominated him and the Senate confirmed him. BOO hoo, Lou.

So, Lou, the first amendment that permits you to say this type of thing should NOT apply to people you dislike?

“Our district courts are filled with farcical excuses for judges…”

Does this apply to all of Trump’s other judicial appointees, or just Judge Kelly?

Next week, perhaps we can get Lou to weigh in on his real area of expertise: Being a sycophantic cheerleader for every right-wing wannabe dictator on the globe.