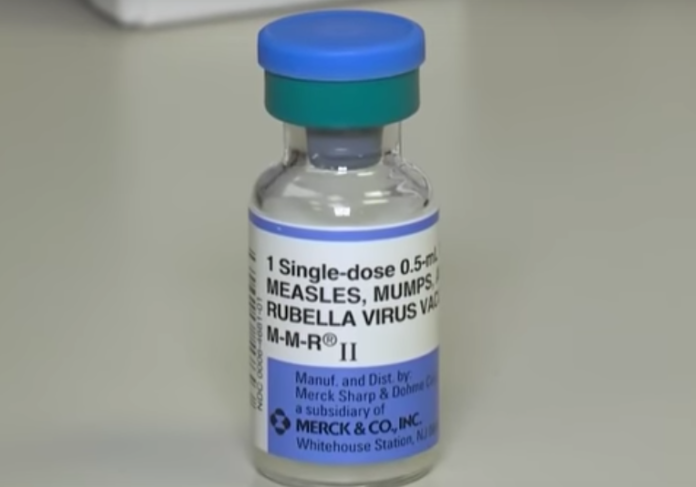 The state of Maine is taking the resurgence of preventable childhood diseases such as whooping cough and measles seriously, which is why Governor Janet Mills signed a bill into law that eliminates all non-medical exemptions by September 2021.

Whooping cough has hit three counties in Maine and the first measles case in the state since 2017 has been documented as part of over 900 confirmed cases across the country this year, a record surpassing numbers recorded in 2014 when just over 600 cases were documented.

The virus has particularly hit New York hard as unvaccinated people contract it overseas and bring it back to their unsuspecting communities.

Many anti-vaxxers hide behind religion to get vaccination exemptions for their kids even though no major religion opposes vaccinations. So many kids are unvaccinated that other children are now at risk of contracting measles and other viruses themselves in public places such as schools and playgrounds.

According to the Maine CDC, most kindergarten classes in the state fall below herd immunity standards that keep the public safe.

Among kindergarteners, the MMR vaccination rate has dropped to the lowest rate among all required vaccines, decreasing from 94.3 percent in the 2017-2018 school year to 93.8 percent in this most recent year. This continued downward trend in immunizations means Maine is below the “herd” immunity level of 95 percent immunization for all vaccine requirements except varicella. Herd immunity occurs when a high percentage of a community is immune to a disease through vaccination and/or prior illness, making the spread of disease from person to person unlikely, even among unvaccinated individuals. Currently, 172 of 341 total kindergarten classes fall below this 95 percent threshold.

“As we hear more reports of measles and other preventable diseases in Maine and across the country, it has become clear that we must act to ensure the health of our communities,” Tipping said.

His bill passed the legislature and Mills signed it this week.

“As governor, it is my responsibility to protect the health and safety of all Maine people, and it has become clear that our current laws do not adequately protect against the risks posed to Mainers,” she said in a statement.

“People of good will hold sincere beliefs on both sides of the issue,” Mills continued. “But Maine has a vaccination opt-out rate that is three times higher than the national average for students entering kindergarten and the state ranks seventh in the country for the rate of non-medical exemptions taken among school-age children.”

This is not only a victory for our children, but it’s also a victory for public health overall that should be repeated nationwide. Maine is just the fourth state to eliminate non-medical exemptions, but it’s not enough. Anti-vaxxers continue to spread their harmful propaganda about vaccines and as more people believe the falsehoods, our overall herd immunity will collapse and diseases that were once a thing of the past will become future epidemics that can’t be stopped and will cost lives.