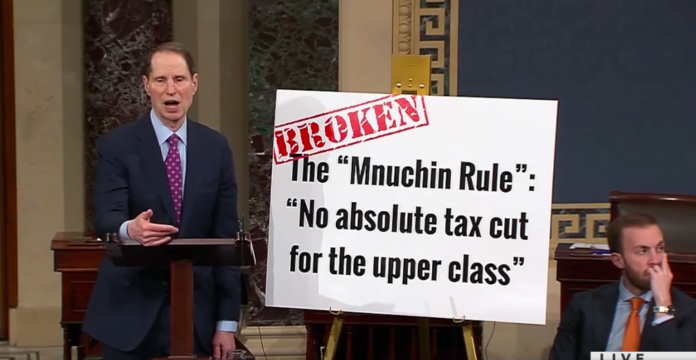 A longtime billionaire Republican donor just switched sides and is using his big tax cut to help Democrats take back the House and Senate. And the GOP only has President Donald Trump and themselves to blame.

All of it changed this year, though.

Nearly two years later, Klarman is making it clear that he intends to use his vast fortune against the GOP as the 2018 Election approaches.

As 2017 came to a close, Klarman penned a letter slamming Trump and his governing style. He wrote that:

“Governing is not a joke or a farce, and it is certainly not a reality show. Tragically, Donald Trump has displayed few of the character traits required in a US president, and no aptitude for or interest in developing them.”

Republicans should have taken Klarman’s letter as a warning. But it appears they weren’t listening.

Instead, Republicans remain complicit in Trump’s administration, even passing a massive tax cut for wealthy individuals and corporations that added $1.5 trillion to the deficit as Trump prepares to drag our nation into more costly wars.

Rather than pocket his tax cut, Klarman intends to use it by donating it to Democratic campaigns across the country. So far, he has donated funds to Democrats running for 56 House seats and 22 Senate seats.

And it’s certainly possible that Democrats could achieve this feat, especially since they so far won 37 major victories in districts Trump won, including a recent win by Conor Lamb in Pennsylvania and a state Supreme Court election in Wisconsin, wins that are causing Republicans to panic.

Adding to that panic is Klarman, who recently sent a statement to The Boston Globe explaining his decision to donate to Democrats this year. Klarman wrote:

“The Republicans in Congress have failed to hold the president accountable and have abandoned their historic beliefs and values. For the good of the country, the Democrats must take back one or both houses of Congress. I received a tax cut I neither need nor want. I’m choosing to invest it to fight the administration’s flawed policies and to elect Democrats to the Senate and House of Representatives.”

Klarman isn’t the only donor who has turned against Republicans this year. In response, the GOP’s pathetic response to the Parkland school shooting in Florida earlier this year, longtime GOP donor Al Hoffman Jr. vowed to not write another check to a Republican unless they enact concrete gun control measures.

Republicans are bracing for the impact of the blue wave that’s about to slam them in November. They hope to hold Congress still when all is said and done, but Americans are angry and Republicans are losing voters as well as the big donors they need to pay for campaign infrastructure.

That’s not a good sign. It’s a sign that Republicans picked the wrong person to lead their party and they would rather go down with the ship instead of admitting they made a mistake and do something to fix it.