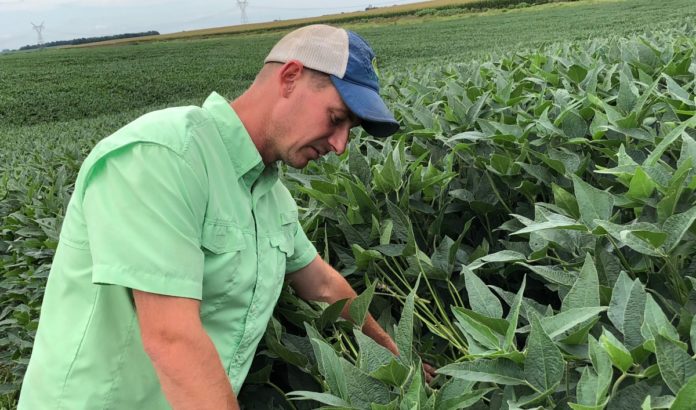 The Trump trade war is a disaster, and no one has felt the pain of retaliatory tariffs from China more than American farmers. The losses are so great in agriculture that the president has given tens of billions in bailouts to help mitigate the sting being felt by so many farmers in the U.S.

But that money hasn’t gone to small or family farms, according to a new report from the Environmental Working Group. Instead, the biggest beneficiaries have been the largest and wealthiest farms in the country. Data they gathered shows:

Initially, the U.S. Department of Agriculture (USDA) said it would cap bailout payments at $125,000. But the richest farms have gotten around that rule by allowing family members who do no meaningful work to also apply for federal relief, in essence repeatedly dipping from the same well of money.

And it appears that things are about to get even more uneven with the next round of payments. Secretary of Agriculture Sonny Perdue has announced that unlike the previous bailouts which paid farmers by the bushel or bale, farmers will now be paid by the acre, meaning that small farms will get much less than large ones, even if they’re less productive or more in need of relief.

As we’ve found with everything Trump has done in the financial sector since taking office — tax cuts, bank and Wall Street regulatory relief, corporate subsidies — the rich get much richer and everyone else gets screwed. Trumponomics is great if you’re a fat cat, but everyone else is still looking for their seat at the table.