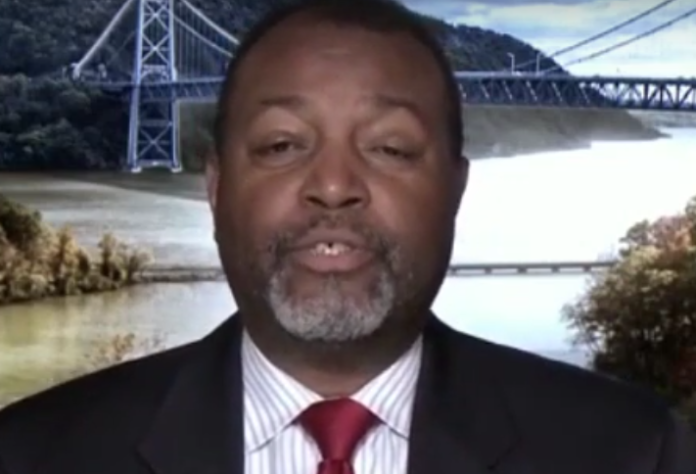 Former United States Naval intelligence officer Malcolm Nance brought his expertise to “AM Joy” on Sunday to explain how Iran will respond if President Donald Trump orders an invasion. And it does not look good for our nation or the world.

Trump is putting the nation on the path to war with Iran as National Security Adviser John Bolton pressures him into regime change, the same agenda that resulted in the United States stumbling into war with Iraq in 2003.

An aircraft carrier group has already been ordered to the region and plans are being considered to send 120,000 troops, the same size force sent to Iraq for that invasion.

But Iran is not Iraq, nor is it Afghanistan. In fact, it’s far worse, and any war with Iran would be a bloody and costly war the likes of which we have not seen in decades.

Nance reminded Joy Reid and the rest of the panel that he has engaged Iran in combat on three occasions when he served during the 1980s, but things have changed.

“Iran is not the force we fought in the 1980s,” he began. “They are a competent, large-scale military with 3 million men. They have been preparing for a defensive war with the United States. As a nation, 83 million people will stand up against us.”

The United States military is currently made up of 1.3 million active duty troops with 800,000 in the reserves. Up to 17 million are available for service via the draft, which Americans have vehemently opposed since the Vietnam War.

So, Iran can bring higher numbers on their own home turf, which would make a ground war a bloody affair that takes years to complete.

Furthermore, Nance made it clear that Iran would go after major oil producers, crippling the world economy in the process.

“They will savage the oil fields of Saudi Arabia, UAE, Qatar and Kuwait,” he said. “Oil will go over $200 a barrel.”

Nance also said that the American side would lose troops by the hundreds because “Iran is Vietnam War-level combat.”

“Iran is a competent, large-scale military with 3 million men. They have been preparing for a defensive war with the United States. As a nation, 83 million people will stand up against us. They will savage the oil fields of Saudi Arabia, UAE, Qatar & Kuwait”@MalcolmNance #AMJoy pic.twitter.com/IygWmudPeb

Surely, American have lost their appetite for war after nearly 20 years of combat. Our troops are certainly tired of it. Our treasury has been depleted and too much blood has been spilled. Civilian casualties in a war with Iran would number in the millions and we already can’t properly take care of wounded vets here at home. The new number of wounded coming home from Iran would cause the system to totally collapse.

The loss of oil production would devastate the world economy, especially our own because we are so dependent on foreign oil. Gas prices would explode.

Simply put, war with Iran is a terrible idea and Trump should not have withdrawn from the Iran nuclear deal. That deal kept Iran from developing a nuclear weapon and continues to do so for now without American involvement. But as long as Trump continues to pressure Iran, the more likely it is he will start a war. And even if he decides not to start one right now, he could start one in 2020 to stay in power if he loses the election.

If ever there was a reason to impeach Trump, the possibility that he will start a catastrophic war with Iran is it.