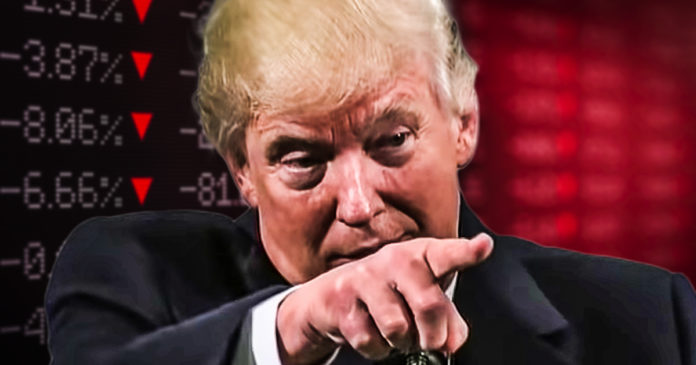 When he ran for office in 2016, Donald Trump repeatedly promised that he would reinvigorate the manufacturing sector of the U.S. economy, and just this week he told workers at a Royal Dutch Shell Plc plant outside Pittsburgh:

“Factory floors across this land are once more crackling with life. Our steel mills are fired up and blazing bright. The assembly lines are roaring.”

But like so many things this president says, that’s not even close to being the truth.

The Hill reports that manufacturing has now shrunk for two straight quarters:

“The manufacturing sector shrunk by 1.9 percent in the first quarter of the year, and another 1.2 percent in the second quarter. In July, it is estimated that it contracted 0.4 percent. A recession occurs when an economy contracts in two consecutive quarters.”

Those dismal numbers could well spell big problems for Trump as he seeks reelection in 2020. He and his campaign team are counting on a strong economy as the foundation of their pitch to voters, especially in key battleground states such as Michigan, Pennsylvania, and Wisconsin. Trump used narrow victories in those three states to pull off an electoral vote win over Democratic nominee Hillary Clinton in 2016.

And the slowdown being seen across the U.S. economy has largely been caused by Trump’s ongoing trade war with China.

Democrats seeking to be the party’s 2020 presidential nominee have seized on the numbers to attack Trump, with Senator Elizabeth Warren (MA) remarking:

“For the first time ever, the average hourly wage for manufacturing workers has dropped below the national average.

“Trump’s trade war with China threatens American manufacturing and has already hurt American companies that investors think of as ‘industry bellwethers,’ while feeding an all-time economic slowdown in China that could have dramatic ripple effects on the American economy.”

The trade war is causing tremendous anxiety among business leaders, Wall Street (which plummeted one day this week by 3 percent of its total value), and middle-class Americans. With Trump’s approval rating already at a historic low, a full-blown recession could signal that the president has almost no path to victory in 2020.