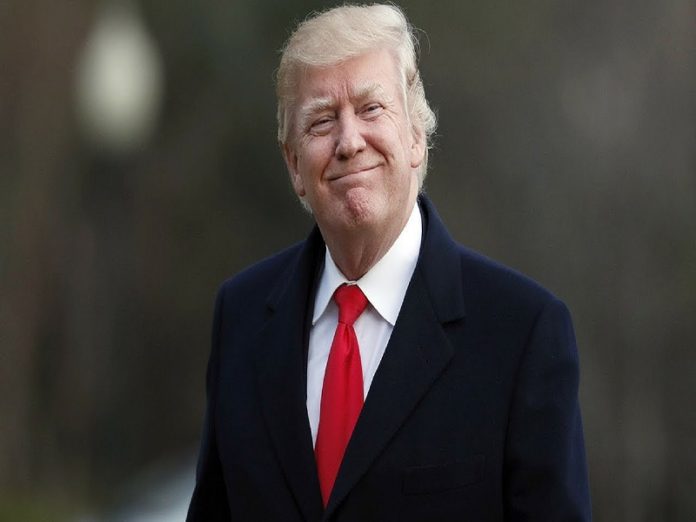 The very notion that Donald Trump remains president despite countless scandals, an ongoing FBI investigation, and destroying all the good former President Barack Obama ever did while simultaneously tearing down all of our cherished institutions is incredulous. Even more incredulous is the idea that he can avoid impeachment and can (or even want to) run for re-election in 2020.

There is a reason for hope though because the state of Maryland may have just hurt Trump’s 2020 Re-Election Campaign before it even starts.

The Baltimore Sun reports that Maryland’s Democratic legislature successfully passed a bill that would require both presidential and vice presidential candidates to release the last five years of their tax returns to qualify to be on the ballot in that state.

Naturally, the move angered many Republicans, but it also riled some Democrats as well.

Neither President Trump or Republicans have paid much concern for the U.S. Constitution these days unless it’s to misinterpret the Second Amendment flagrantly.

Sen. Paul Pinsky, a Prince George’s County Democrat, scoffed at criticisms from colleagues that, if passed, the law would not hold up in the courts. He said an assistant attorney general advised that it was “not clearly unconstitutional.” He said:

“She equivocated, OK? This has not been tested in the courts.”

Maryland only carries 10 electoral votes and is hardly considered an important state for both Republicans and Democrats. Maryland also tends to always go blue in presidential elections, so it’s not like Republicans have to exhaust time and money in the state.

But the very notion that a state can go so far as to make it mandatory for a presidential candidate to release his/her tax returns to on the ballot is unprecedented. Trump’s absolute refusal to do so was a major issue in the 2016 presidential campaign as it raised suspicions of his shady money dealings over the years.

Who knows? Maybe other states will take Maryland’s lead.