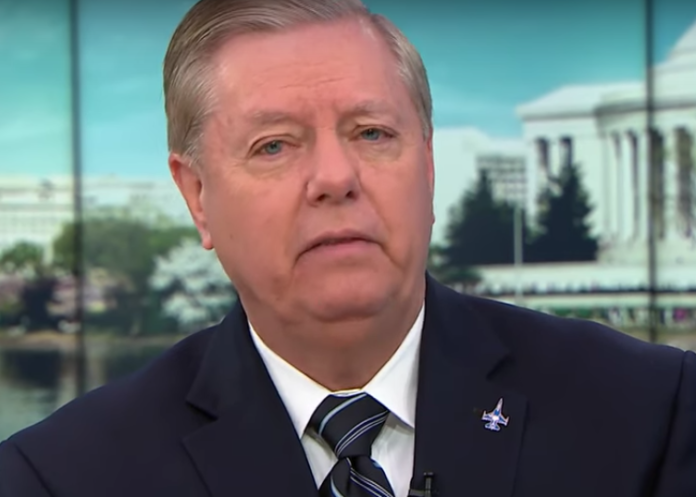 Senator Lindsey Graham (R-S.C.) crossed yet another line by encouraging Donald Trump Jr. to ignore a congressional subpoena from the Senate Intelligence Committee, resulting in a social media campaign demanding his resignation.

Trump Jr. backed out of two previously scheduled private sessions with the committee over the last two months, which resulted in Senator Richard Burr (R-N.C.) issuing the subpoena.

But Republicans like Graham who are shills for President Donald Trump are urging Don Jr. to refuse to comply, a complete violation of his duty as a senator, especially since Graham is the chairman of the Senate Judiciary Committee.

In addition to his hypocrisy on obstruction and impeachment, Graham’s latest dereliction of duty has caused a massive call for him to resign as #LindseyGrahamResign has been retweeted over 100,000 times in just a few hours after The Democratic Coalition announced the campaign this morning.

Lindsey Graham should resign. Retweet if you agree. #LindseyGrahamResign

RETWEET if you support Harrison as he runs to turn South Carolina Blue!#LindseyGrahamResign pic.twitter.com/KjDYRSumty

BREAKING: #LindseyGrahamResign has been tweeted out over 20,000 times since @TheDemCoalition started to promote it this morning. Graham SHOULD resign. Him telling Don Jr to ignore a Senate subpoena is more than enough to warrant his resignation. Everyone who retweets this agrees.

By telling Donald Trump Jr. to ignore a subpoena, the senator is violating his oath of office, defying our Constitution and further aligning with a man hellbent on authoritarian rule. #LindseyGrahamResign

“Here’s Graham explicitly declaring that a president’s failure to comply with a subpoena from Congress was an assault on the Constitution… Trump and his administration are currently stonewalling congressional subpoenas.” #LindseyGrahamResign https://t.co/njftoZcGwF

Lindsey Graham is so spineless and morally bankrupt and hypocritical, it is beyond measure.

RT if you agree he should resign.#LindseyGrahamResign

Far past time for @realDonaldTrump’s biggest sycophant in the Senate — @LindseyGrahamSC — to RESIGN‼️#LindseyGrahamResign https://t.co/NdTqq6wWNc

I don’t know if this is gonna do anything but it still feels good to tweet it out.#LindseyGrahamResign pic.twitter.com/fT6Y4jdLKA

Not only must #LindseyGrahamResign, please report his conduct to the South Carolina Bar Association, here is a link https://t.co/u0V7ND49nm

Lawyers are not allowed to counsel people to break the law. Advising Jr. to ignore a lawful subpoena is illegal. Let’s get him disbarred.

Of course, Graham will refuse to resign, but the campaign reminds everyone, including voters in South Carolina, just how far up Trump’s a** Graham is after originally having opposed his presidency.