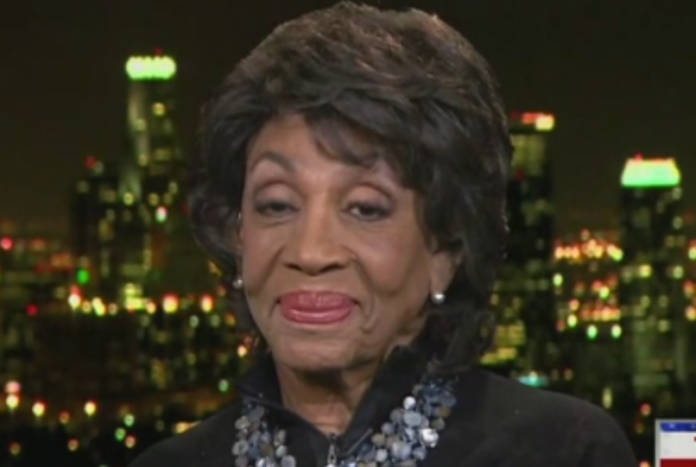 Barr is supposedly going to release a “lightly redacted” version on the Mueller report to Congress on Thursday, but announced his decision to hold a press conference on Thursday morning in an effort to control the narrative before Congress gets the report even after the media busted him for briefing Trump on the report ahead of the release.

Just to recap, that means Barr has presented a four page summary to portray the report as a document that totally exonerates Trump, proceeded to cover up the full report for weeks to allow Trump to control the narrative, briefed Trump on the report and held a press conference in an effort to dull in impact of the report.

Barr has to be the most corrupt Attorney General this country has ever had.

And Waters is not surprised in the slightest, which she told MSNBC host Chris Hayes during an interview.

“I never expected Barr to do anything that would be respectful to the members of Congress or to include us in any real way,” she began. “He has proven himself. He auditioned for this job. He was chosen to protect the President of the United States, and that’s exactly what he’s doing.”

Indeed, Barr cleared Trump of obstruction long before he was ever considered for his current position and had a deep bias toward Special Counsel Robert Mueller and the Russia probe from the beginning. Trump chose Barr because he needed a lackey to protect him and he got his man.

“So I’m not surprised,” Waters continued. “I’m not even disgusted, because I knew that once he came out and he said there had been no obstruction of justice and that there had been no collusion, that he absolutely stepped out early to defend the president, to protect the president. I don’t expect any reversal of that. I expect him to continue to play the role. He is basically a lackey and a sycophant for the president of the United States of America, and that’s all it’s gonna be.”

She then took aim at Trump and all of his cronies.

“I mean, this president and his minions are absolutely ridiculous, and they disrespect the members of Congress, and we know they have been involved with each other,” she said. “His lawyers, and his aides, et cetera, talking with the White House about what’s in the report already. And they are going to push back. They have advance information. Information that the members of Congress don’t even have.”

“And so members of Congress better know, he is gonna keep doing this, he’s gonna keep disrespecting us, the Constitution of the United States of America, and there is no answer to how we should be dealing with him except impeachment,” Waters warned in conclusion. “I have been saying it all along.”