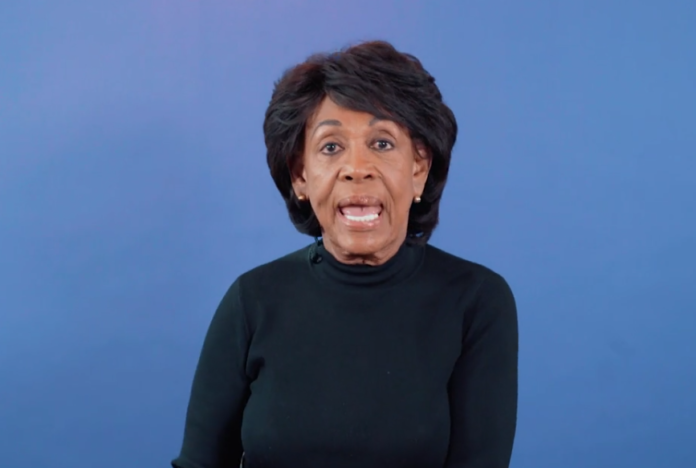 Rep. Maxine Waters (D-Calif.) delivered an epic response to the bomb threats against her and several high profile Democrats today by telling President Donald Trump that she is not afraid of him or his supporters.

The FBI and Secret Service stopped an assassination plot on Wednesday after several bombs were discovered that had been meant to kill or maim intended targets, including former President Barack Obama, Hillary Clinton, CNN, former CIA Director John Brennan, and Waters, all of whom are notable critics of Trump whom he has frequently attacked and labeled the “enemy.”

For example, Trump appeared to suggest violence against Waters after accusing her of calling for harm to his supporters even though she only called for harassing Trump officials in restaurants, not physical violence.

Congresswoman Maxine Waters, an extraordinarily low IQ person, has become, together with Nancy Pelosi, the Face of the Democrat Party. She has just called for harm to supporters, of which there are many, of the Make America Great Again movement. Be careful what you wish for Max!

In a statement to Blavity not long after the bomb scare, Waters remained defiant and slammed Trump for inciting these acts of domestic terrorism.

Indeed, Waters even went on to point out that Trump has encouraged violence against protesters at his rallies and does nothing to stop his supporters from chanting “Lock her up” in reference to Hillary Clinton.

Trump’s attacks on the media have also put journalists in danger as his supporters become more rabid, culminating in Trump praising a political candidate for assaulting a journalist earlier this year.

This attack is an act of domestic terrorism that Trump owns. His rhetoric is inciting violence against Democrats and the press and it was only a matter of time before someone took it seriously enough to try and eliminate his political opponents and critics for him.

But Waters refuses to be intimidated by Trump, nor will she back down because of the bomb threats.

“I don’t know whether the bombs are real or not but we should not crawl under the bed, close the doors, not go out, be afraid to go to rallies,” she said.” We have to keep to doing what we’re doing in order to make this country right, that’s what I intend to do and as the young people say, ‘I ain’t scared.'”