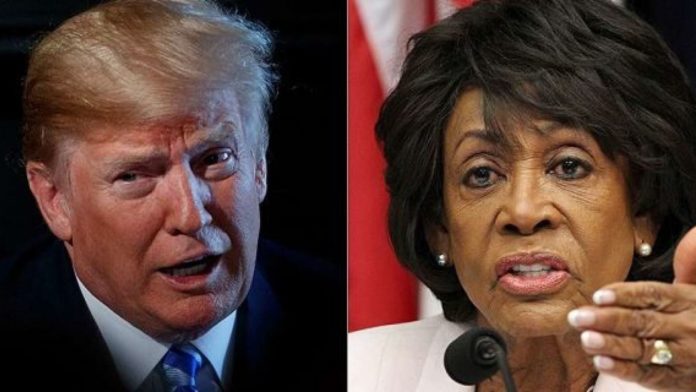 Few people are better at getting under President Donald Trump’s incredibly thin skin than Rep. Maxine Waters (D-CA) chair of the House Financial Services Committee and a frequent critic of the 45th president.

Monday evening, Waters decided to use Trump’s favorite social media platform, Twitter, to mock him for his failure at the recent summit in Vietnam with North Korean dictator Kim Jong Un, chide him about Jared Kushner’s security clearance, and make it clear she doesn’t intend to rest until he’s impeached.

Lying Trump came away from fake summit with terrorist & killer Kim Jong-un w/ nothing because Kim never intended to offer anything. Don the con man got conned! Hey number 45, are you still in love w/ Kim?

Lying Trump said he believes killer Kim Jong-un, that he didn’t know what happened to #ottowarmbier. Now he wants to flip the script. No one can believe this unworthy president. He is the most prolific, consistent, good for nothing liar this country has ever experienced.

Next up was the murder of Washington Post journalist Jamal Khashoggi and former FBI Director James Comey:

The killing with the chainsaw & dismemberment of #JamalKhashoggi by the Saudis is the most gruesome & heartless act imaginable! Now we learned his body parts were burned in a giant oven! Trump, God will never forgive you for siding w/ MBS on this murder.

Obstruction of justice reality show: Firing Comey, sending coded messages to Manafort & others that he has the power to pardon; lying abt Trump Tower meeting; threatening Cohen’s in-laws; attempting to destroy Mueller. What more do we need to know? Impeachment is the only answer

Then Waters turned to Paul Manafort, Michael Cohen, and Jared Kushner’s security clearance, which Trump approved over the objections of his national security team:

Hey Manafort, Cohen, Flynn, Gates, Papadopoulos, & Stone, its truth telling time, and the truth will free your heart and soul — but no guarantees freedom from prison time.

Lying Trump, so you said you did nothing to force security clearance for Kushner, huh? Who do you think will believe that lie? Must give you credit. You are the boldest, most daring liar I’ve ever heard of. A pox on all your houses.

But Waters saved the best for last — Impeachment:

Trump, you have screamed no collusion and no obstruction of justice so many times, trying to influence others, that I think you really believe your own lies. Just stop it. No honesty. No truth. No trust. No patriotism.

For the faint of heart, who’ve been waiting for every “t” to be crossed and every “i” to be dotted, now is the time to demonstrate your patriotism. Support impeachment!

Amazingly, Trump has yet to respond to Waters, but it seems safe to expect a reaction before the day ends.