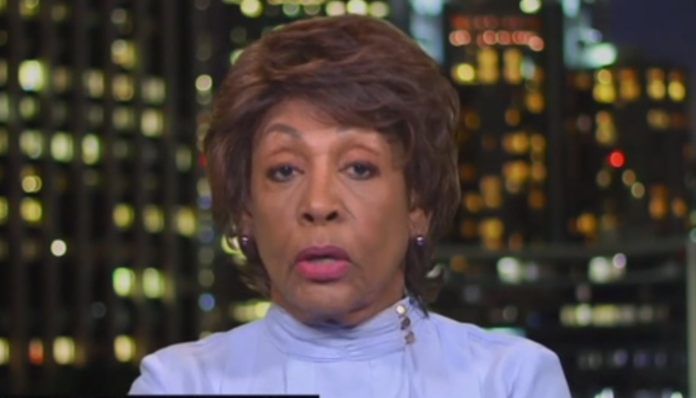 Rep. Maxine Waters (D-CA), who serves as chairwoman of the House Financial Services Committee, revealed Friday evening what she thinks will be found in President Donald Trump’s financial records, which she has subpoenaed.

During an appearance on “All In With Chris Hayes” Friday evening, Waters was asked by the host:

“The documents that have been subpoenaed, can you sort of broadly describe them? What is the goal here and what are the categories of documents you are seeking.”

“We are absolutely concerned about money laundering.”

It has been speculated for decades that Trump and the Trump Organization may have engaged in laundering money for foreign investors, including Russian oligarchs and organized crime figures.

But that wasn’t all Waters had to say. She added:

“We are [also] concerned about illicit funds, we are concerned about the loans he has gotten from Deutsche Bank. No other bank would lend him money … but Deutsche Bank has been lending him and his family huge sums of money, and at the time of his election, he owed them about $300 million.

As HuffPost notes, Deutsche Bank has a history of being involved in money laundering:

Deutsche Bank is no stranger to money-laundering. It faces fines, other legal action and the possible prosecution of senior management because of its role in a massive $20 billion Russian money laundering scheme known as the “Global Laundromat.” Russian criminals with links to the Kremlin and the old KGB used the system between 2010 and 2014 to move a flood of money from Russia into the Western financial system.

Once the financial documents are in the hands of the Financial Services Committee, it should be easy to determine if Deutsche Bank directed dirty money to be washed through the Trump Organization. If they did, both the bank and Donald Trump are in big trouble.