The United States Blues
Home News Meghan McCain and Abby Huntsman get crushed by ‘The View’ co-hosts for... 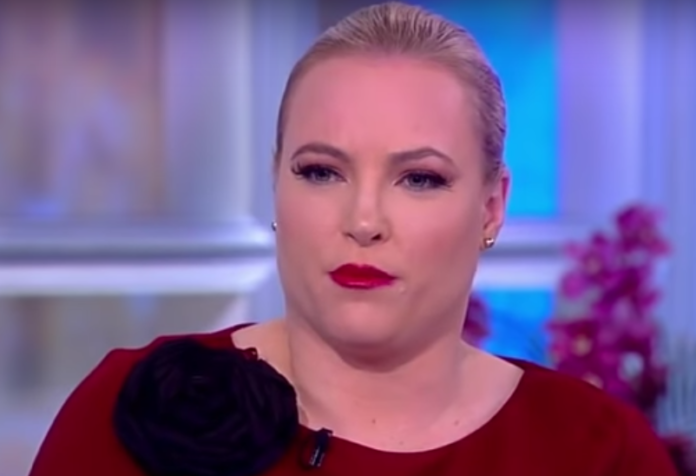 Once again, Abby Huntsman and Meghan McCain made complete fools of themselves on “The View” Tuesday by desperately trying to normalize President Donald Trump’s lying, proving that they are nothing more than conservative media hacks who don’t belong on a mainstream network show.

Last week, Trump needlessly lied about calling Apple CEO Time Cook “Tim Apple” during remarks that were videotaped. He could laughed it off but he lied to the faces of Republican donors at Mar-a-Lago and turned an innocent humorous moment of his presidency into a scandal.

Rather than rebuke Trump for lying, Huntsman jumped to his defense.

“This can’t be a serious story, we can laugh about the fact that he doesn’t have a lot of humility in these moments,” Huntsman said. “I think he would be so funny if he were able to laugh, because there’s so many statements he makes that you could walk it back and joke about it.”

Joy Behar disagreed with Huntsman’s assessment and pointed out that it’s a clear example of Trump being a pathological liar.

“It’s a serious story because he’s a liar, and he’s in the position that he’s in,” she replied. “Nobody knows the truth from him. We can’t rely on him ever telling the truth. He’s the president of the country.”

Indeed, Trump is closing in on telling 10,000 lies since taking office in 2017, the most of any president and probably more than every president combined.

Trump simply is not trustworthy and it’s galling that Huntsman isn’t outraged about Trump lying so brazenly to the American people.

Guest host Ana Navarro chimed in with an important point of her own.

It’s like the boy who cried wolf. One day, Trump will have something deadly important to tell the people and most won’t believe him because he is such a liar.

“I think what Abby’s trying to say is, this isn’t new,” she said. “The fact that he lies isn’t new. We knew that during the election, we’re two and a half years in. He’s going to lie about something as stupid as Tim Cook being Tim Apple, which by the way, Tim Cook has leaned into it, he put the Apple emoji as his Twitter account. It’s, like, oh, there’s gambling in Casablanca and water’s wet — Trump lies. Breaking news on ABC’s ‘The View.’”

That’s especially sad coming from McCain, whose father Senator John McCain was repeatedly slandered by Trump before and even after his death. Surely, he is not proud that his daughter is normalizing such unpresidential behavior.

Navarro made that exact point in her final rebuttal.

It doesn’t matter how small or ridiculous the lie is, the fact is that Trump lies about things he actually does not need to lie about. And his propensity for lying is poisoning our government and our country to the point that Huntsman and McCain both now routinely defend him as if constant lying is normal from a president.

They should both be ashamed of themselves.