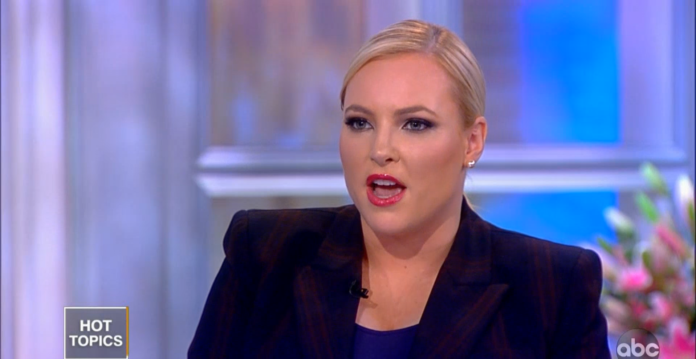 Meghan McCain and her co-hosts on “The View” tore into President Donald Trump Monday morning, slamming him for his disgusting tweets about the late Arizona senator over the weekend.

“It’s a kind of a pathetic statement on (Trump’s) part because when John McCain was getting the silver star, Trump was at his doctor’s trying to get out of the draft with his alleged bone spurs. So lets start there.”

Sunny Hostin agreed, telling Meghan that she handled herself with class and dignity in response to this tweet from Trump:

So it was indeed (just proven in court papers) “last in his class” (Annapolis) John McCain that sent the Fake Dossier to the FBI and Media hoping to have it printed BEFORE the Election. He & the Dems, working together, failed (as usual). Even the Fake News refused this garbage!

Senator McCain’s daughter fired back at Trump on Sunday, but she did so with great class and dignity:

No one will ever love you the way they loved my father…. I wish I had been given more Saturday’s with him. Maybe spend yours with your family instead of on twitter obsessing over mine? https://t.co/q7ezwmHiQ4

“My father was his kryptonite in life and he was kryptonite in death. On a personal note I agree with you, all of us have love and families and when my father was alive until adulthood we would spend our time fishing, cooking, celebrating life and I think it’s because he almost died. And I just thought ‘your life is spent on weekends not with your family, not with your friends but obsessing.’ Obsessing over great men you could never live up. That tells you everything you needed to know about his pathetic life.”

“I genuinely feel bad for his family. I can’t imagine having a father that does this on the weekends.”

John McCain was a great man and an American hero. Donald Trump, on the other hand, is an embarrassment to both this country and to the human race.