The United States Blues
Home News Meghan McCain gets laughed at by her ‘View’ co-hosts for saying Donald... 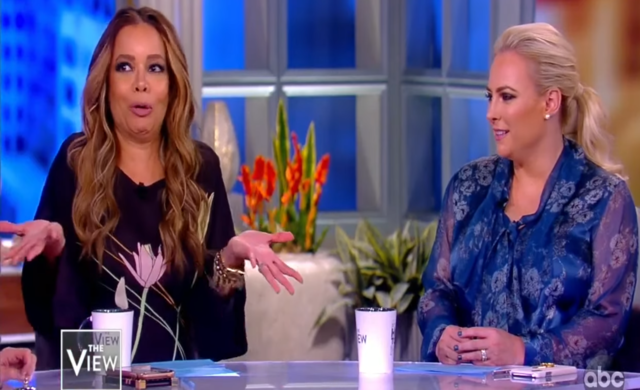 According to Meghan McCain, one of the co-hosts of the ABC show “The View,” Donald Trump Jr. is “beloved” and she doesn’t understand why the Senate Intelligence Committee would subpoena him for additional testimony.

McCain said the subpoena from the Senate committee surprised her:

“You have to think about how insulated he is. He pretty much only does interviews with people who are like-minded, people on Fox. He’s in circles where he’s, like, a beloved figure. It will be interesting to see someone who is insulated as a beloved figure be forced to testify.”

Beloved? Don Jr. has been referred to as #TraitorTot on Twitter and is routinely mocked by comedians.

Joy Behar then remarked she would love to see all of the Trump children forced to testify before Congress but doubted that would ever happen.

But McCain continued to support Junior:

What?! Donald Trump Jr. is one of the most partisan people on the planet! He has never tried to reach across the aisle on anything.

Finally, Whoopi Goldberg noted that the subpoena against Don Jr. was a very big deal and referenced Treasury Secretary Steven Mnuchin’s refusal to turn over Trump’s tax returns in compliance with a law that’s been on the books since 1924.

No you didn’t, Meghan. But you know who did? The “beloved” Donald Trump Jr.