The United States Blues
Home News Meghan McCain gets schooled after desperately trying to blame Democrats for the... 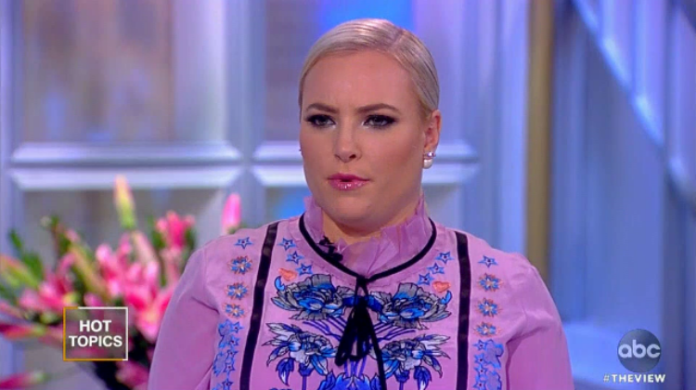 “The View” co-host Meghan McCain thoroughly embarrassed herself on Thursday by trying to blame “both sides” for the shutdown until Joy Behar schooled her with a video clip, resulting in a hissy fit from McCain.

As the government shutdown continues in its 34th consecutive day, the ladies of “The View” began discussing it when Whoopi Goldberg chimed in by observing that a bill has been introduced that would prevent these kinds of shutdowns over policy disputes by automatically reverting to the budget from the previous year while the White House and Congress don’t get paid. This way, the government is funded while the policy dispute rages on, and the only ones not getting paid are Congress and the White House.

Abby Huntsman appeared to support the idea, as did the other ladies, but McCain wanted to discuss who’s to blame, and fell flat on her face after trying to portray “both sides” as equally to blame because Behar reminded everyone of Trump’s public statement owning the shutdown in December.

“I will take the mantle,” Trump said, telling Senate Minority Leader Chuck Schumer (D-N.Y.) that he is “proud” the shut the government down and that he “won’t blame” Democrats for it.

A clearly humiliated McCain then lashed out.

“To Democrats, you as a Democrat, what culpability do you hold in this?” she asked. “Because everyone is screwed right now. We’re talking about TSA workers that aren’t getting paid. People aren’t getting paid. Both sides should be adults about this including on this show to get it right, and I’m sick of playing politics on this show every day with issues that affect everyone.”

Sunny Hostin pointed out that Trump manufactured the border crisis because he didn’t seem too worried about it the last two years when Republicans controlled the House. He could have secured funding for his wall then — but didn’t.

McCain could only retort by saying Trump is president and “has the power” to do that, going on to whine that what Trump is doing is supposedly “for the good of the country.”

Here’s the video below:

The video played by Behar proved that McCain was wrong to blame Democrats for the shutdown. In fact, even most Americans know that Trump is to blame for it. Americans also resoundingly reject the wall and support the Democratic plan to end the shutdown.

Clearly, it’s McCain who should stop “playing politics” on the show because all she’s doing is making herself an irrelevant voice who contributes nothing of value to the discussion.