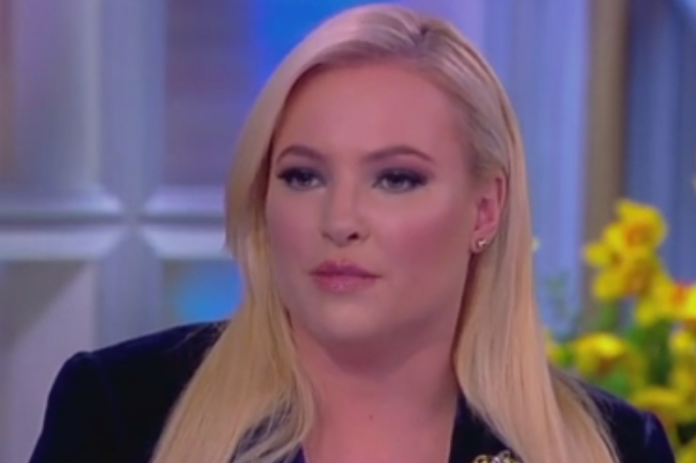 Senator Dianne Feinstein (D-Calif.) has quickly become a hero on the right-wing after she lectured a group of kids lobbying her to support the Green New Deal over the weekend, and even “The View” co-host Meghan McCain praised her while accusing the kids of being mere “props.”

The kids showed up at Feinstein’s office with climate change activists to ask her to support the sweeping legislation, which would turn America into a clean energy powerhouse within the next decade and create millions of jobs.

The bill was introduced by Rep. Alexandria Ocasio-Cortez (D-N.Y.) and is as sweeping as former President Franklin Roosevelt’s economic New Deal in the 1930s that transformed the nation.

Republicans have been deriding the bill as “socialist” ever since and some Democrats are beginning to cowardly distance themselves from it, much to the appreciation of Big Oil and the rest of the fossil fuel industry.

In response to the children, Feinstein rudely lectured them.

“You know what’s interesting about this group is I’ve been doing this for 30 years,” she said. “I know what I’m doing. You come in here, and you say it has to be my way or the highway.”

She went on to tell them that she won re-election by one million votes and basically crushed their dream to see America truly fight against climate change.

On “The View” Monday morning, McCain praised Feinstein’s behavior and accused the activists of using kids as “props.”

“What the hell, I love Dianne Feinstein now,” McCain said. “I loved everything about it and I’m in the minority on this. I really hate when people use children as political props in general.”

McCain went on to compare these kids to a conservative kid who spoke to CPAC in 2009.

“He was like the new young conservative voice,” she said. “He made cable appearances and later on as an adult he said he was naive, he was just saying the stuff he had heard for a long time and said I shouldn’t have done that speech, it was a bad idea.”

– @MeghanMcCain: “I love Feinstein now! I hate when people use children as political props.”
– @JoyVBehar: They reminded me of ACT-UP days!
– @sunny: My daughter could give Feinstein a list of reasons why she should vote for GND. pic.twitter.com/cV5bpxwgLk

Writing off kids as political props is a tactic used by the right-wing to discredit concerns young people have about the world today, especially against kids who support liberal ideas.

Feinstein treated these kids with contempt and betrayed the Democratic Party’s support of climate change initiatives. Even children deserve respect, and many children today are more knowledgeable about climate change than adults in Congress. Feinstein no longer belongs in the Senate and she should be forced to step down in favor of a new voice who actually takes climate change seriously. This country needs to act fast to reverse or prevent the effects of climate change and the Green New Deal offers a clear strategy to do just that all while transforming the economy into one that can better compete with the rest of the world. We simply cannot afford to be left behind because we refuse to abandon 19th-century energy sources for the renewable energy sources of the future. The country is plenty capable of transforming in a decade. We’ve done it before and we can do it again. Anyone who says otherwise is lazy or does not care and definitely should not be allowed to work in government.

Feinstein apparently no longer has an ounce of idealism or vision left in her and she has clearly reached her expiration date. These kids just want a better future, and it’s beyond sad that Feinstein doesn’t care enough to do something real to give it to them.