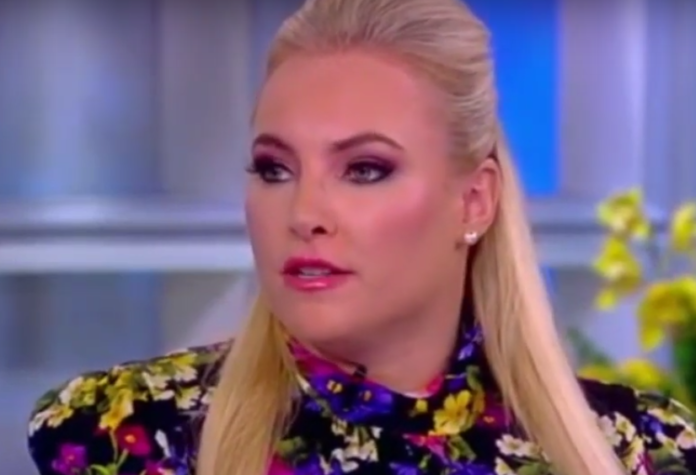 President Donald Trump still refuses to let the late-Senator John McCain rest in peace and it led to his daughter Meghan McCain slamming him for acting like a child.

On Memorial Day, Trump had a scheduled appearance to visit Navy sailors on an American vessel during his trip back to the United States from Japan.

However, the USS John McCain, a formidable Arleigh Burke-class destroyer with the Seventh Fleet, would be in the vicinity when Trump visited.

In yet another act of pettiness between Trump and the man who died from brain cancer ten months ago, a White House official fired off an email demanding the ship be “out of sight” when Trump arrived.

“USS John McCain needs to be out of sight,” the official wrote.

According to the Wall Street Journal:

Acting Defense Secretary Pat Shanahan was aware of the concern about the presence of the USS John McCain in Japan and approved measures to ensure it didn’t interfere with the president’s visit, a U.S. official said.

There were discussions within the U.S. military over the past week about how to handle the warship, another U.S. official said. The ship is being repaired after a 2017 collision, and any ship undergoing such repair or maintenance would be difficult to move, officials said. A tarp was hung over the ship’s name ahead of the president’s trip, according to photos reviewed by the Journal, and sailors were directed to remove any coverings from the ship that bore its name. After the tarp was taken down, a barge was moved closer to the ship, obscuring its name. Sailors on the ship, who typically wear caps bearing its name, were given the day off during Mr. Trump’s visit, people familiar with the matter said.

Seriously, this is how petty this administration is.

Trump has since, of course, denied that he had a problem with the ship bearing McCain’s name. But Trump is a serial liar who hasn’t stopped attacking McCain and his ghost. There’s really no reason to give him the benefit of the doubt here.

Meghan McCain certainly didn’t, which is why she once again hammered him.

Trump is a child who will always be deeply threatened by the greatness of my dads incredible life. There is a lot of criticism of how much I speak about my dad, but nine months since he passed, Trump won’t let him RIP. So I have to stand up for him.

It makes my grief unbearable. https://t.co/gUbFAla1VE

She would go on to address the controversy on “The View” by warning that Trump is creating a culture of fear within the military community.

Meghan McCain should not have to keep defending her dad. She should not have to speak out on his behalf. If a fair world, her dad would still be alive to rip Trump a new one himself. But Trump insists upon trying to constantly tear down McCain’s legacy. But the bottom line is that Trump is just jealous because he knows that he won’t be remembered the way McCain is remembered. He certainly won’t be beloved and he’ll likely never have a ship named in his honor by the United States Navy. Unlike McCain, who suffered brutal torture during his service to our country during the Vietnam War, Trump is a draft dodger who works every day to undermine our nation.

And as long as Trump continues to attack McCain, the country will continue to be reminded of the differences between the two.