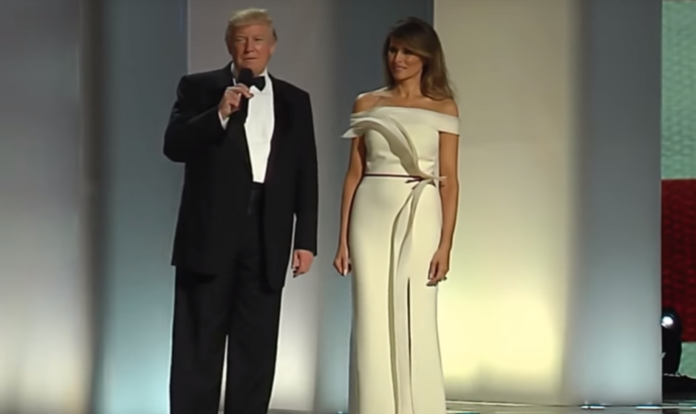 Speculation, rumor, and curiosity swirl around the First Lady. The secrecy that shrouds her marriage to the President and their seemingly unconventional relationship leads many to wonder.

During the campaign, after the release of the infamous Bobby Bush tapes where the President is heard bragging about sexual assault, rumors that Melania was leaving her Oval Office bound husband could be found in every corner of the internet.

She didn’t leave. Instead, she stuck by her husband through that scandal, and through the public release of nude photographs, she had taken many years before. She stayed in her marriage and focused on protecting their son Barron.

Melania is said to be primarily concerned with insulating Barron from the scrutiny, publicity, and non-stop news coverage of his father. In her role as First Lady, she has taken a dramatically different approach from her predecessors.

Melania Trump has only half the staff of First Ladies before her. She also did not move into the White House with her husband, waiting five months after the inauguration to make a move from New York to Washington D.C.

While previous First Ladies made frequent appearances on television talk shows, or at community events, Melania has made few. She gave her first public speech before the United Nations addressing cyberbullying, on the same trip that her husband called North Korea’s Kim Jong Un “Rocket Man” and threatened to destroy North Korea.

First Ladies do usually choose a cause to rally support behind. Laura Bush championed literacy, Michelle Obama was an advocate for girls education and addressed childhood obesity. Despite the fact that she attempts to remain outside of the spotlight, Melania has also chosen a cause to champion.

In a fabulous display of irony, the Twitter President’s wife has championed the cause of cyberbullying. Some say it is merely a coincidence. Still, others suggest perhaps it is a way for her to troll her husband. Whatever the motivation, Melania Trump as First Lady has taken a stand against cyberbullying.

While she has chosen a cause to support and spoken it’s behalf; it is hard not to notice her distance from the politics of her position. One longtime Trump friend put it this way,

“This isn’t something she wanted, and it isn’t something he ever thought he’d win. She didn’t want this come hell or high water. I don’t think she thought it was going to happen.”