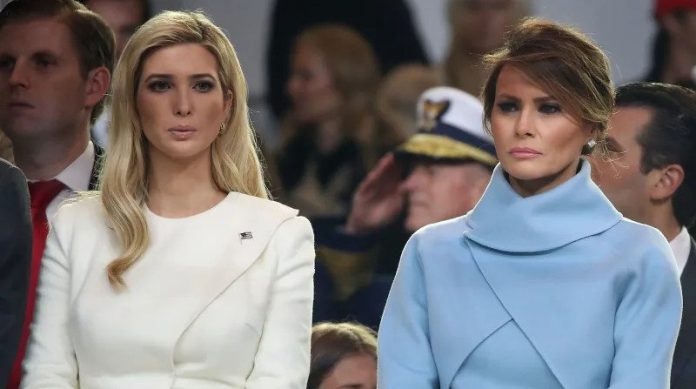 A new book about First Lady Melania Trump claims that she believes President Donald Trump’s daughter, Ivanka, has too much influence on him and often “invades her turf” on important issues.

The book, entitled Free, Melania, will be released this week, and in it CNN reporter Kate Bennett writes:

No single item of clothing has inspired more discussion than the $39 army-green Zara parka Mrs. Trump wore on a June 2018 trip to the border — the one with the words “I REALLY DON’T CARE, DO U?” printed on the back. There have been many takes, but Bennett’s is that it was directed at the president’s daughter, Ivanka. “I believed, and still do, that the jacket was a facetious jab at Ivanka and her near-constant attempts to attach herself for positive administration talking points,” Bennett writes.

The overall relationship between the two women, Bennett notes, is “cordial” but “not close.”

One point of contention between Melania and Ivanka, according to the book, is Ivanka’s international travel:

“The trips were, according to a source, too close for comfort for Melania, who thought Ivanka was invading her turf.”

As for the First Lady’s health, you may recall that she had to be hospitalized for a procedure on one of her kidneys. But Bennett says the procedure was much more serious than anyone realized:

“Melania’s medical issue was indeed not minor — and that an embolization of a growth of some sort, small or large, when attached to the kidney, as hers might have been, made for a dangerous and complicated procedure.”

Bennett adds: “Couple that with the amount of pain she had apparently been in, according to close friends, and how long she had been in pain prior to the surgery, and there was concern that if her recuperation was not careful and extended, her type of condition could possibly result in the loss of her kidney.”

If perhaps you were wondering whether or not Melania and her husband are still close, this should definitively answer that question:

While the president sleeps in the master bedroom on the second level of the White House residence — he requested a lock for his door — Mrs. Trump stays on the third floor, in the two-room space formerly occupied by Michelle Obama’s mother, Marian Robinson.