The United States Blues
Home Politics Congress Member of House Judiciary Committee: Trump should be in prison with Michael... 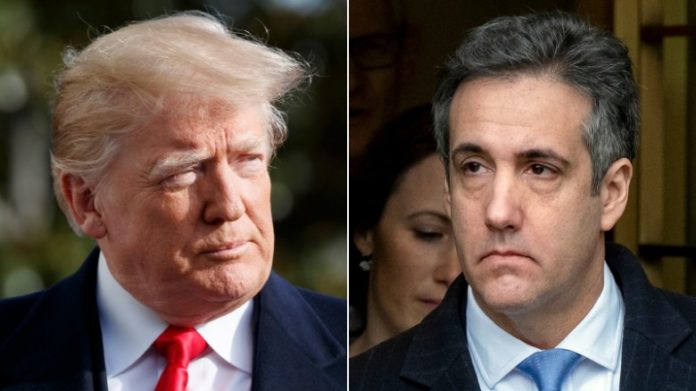 Thanks to testimony given this week by former Special Counsel Robert Mueller before the House Judiciary and Intelligence committees, we now know some very definite facts:

All of this is very damning, and it certainly suggests that the president’s reflexive insistence that there was “no collusion, no obstruction” is just another lie.

The House Judiciary Committee is also in the early stages of an impeachment inquiry, and Rep. Steve Cohen (D-TN), who sits on that committee, had this to say Saturday during an appearance on MSNBC:

“When he went out there and said, Russia, are you listening? Why would he even say that if he didn’t know, Russia was playing ball with him? You have this guy in the southern district as individual one. The office of the legal counsel’s memorandum that says you can’t indict a sitting president.”

The congressman continued, noting that Trump is just as much of a criminal as his former attorney, Michael Cohen, who is serving a three-year sentence in federal prison on charges including campaign-finance violations and lying to Congress:

“A man who should have been indicted twice should be up the river with Michael Cohen and both times it was to win the election. Paying money to Stormy Daniels and Karen McDougal, that was a campaign violation. Not reporting it to the FBI, that was to win the election. Obstruction of justice came later. He’ll do anything to win. The guy is not playing by the rules, and he’s doing it now with not complying to document requests, urging people not to comply with subpoena requests and then going after people like Elijah Cummings.”

Rep. Steve Cohen says Trump should be in prison with Michael Cohen. pic.twitter.com/0295bdahk9

Donald Trump has been suspected of committing crimes ranging from sexual assault to tax evasion for decades. And it appears he’s been engaged in more criminal behavior since he took office. When he leaves office, he’s probably going to be indicted and tried. And he should be.