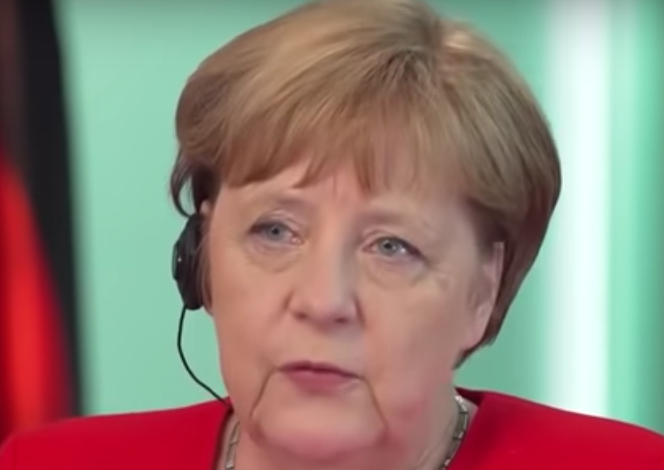 German Chancellor Angela Merkel warned the world this week that “dark forces” within the right-wing are threatening human rights and democracy across Europe and in the United States.

The rise of white nationalism under President Donald Trump is only getting worse as we witness increasing attacks on Muslim and Jewish places of worship such as synagogue shootings here in the states and a mosque shooting in New Zealand.

Several white nationalists have even been caught before they were able to carry out their heinous plans.

Concentration camps can now be found on the southern border as Trump continues to violate human rights similar to the way Adolf Hitler violated human rights in Germany nearly 80 years ago.

And it’s in that context of Hitler and Nazi Germany that makes Germans today more vigilant when it comes to this rise of hate.

“In Germany, obviously, they always have to be seen in a certain context, in the context of our past, which means we have to be that much more vigilant than others,” Merkel said of right-wing extremists she described as “dark forces” during an interview with Christiane Amanpour.

The rise of these “dark forces” has even resulted in Jewish schools and daycare centers being under guard by police in Germany lest an act of white nationalist terrorism evoke the horrors of the past.

She then explained that human rights is the top priority in German law and that it must be taught in school to make sure everyone understands so that history does not repeat itself.

“Article one of our basic law, human dignity is inviolable, is so important. it has to be taught to every generation,” she concluded. “The task has become harder, but it needs to be done.”

One would think that Americans would share in Germany’s desire to prevent history from repeating since millions of our troops fought the Nazis and liberated the concentration camps. But it appears history is set to repeat as fascism tightens its grip on our government. Someday, we’ll be asking ourselves the same questions German children ask. Why didn’t we stop it when we had a chance?