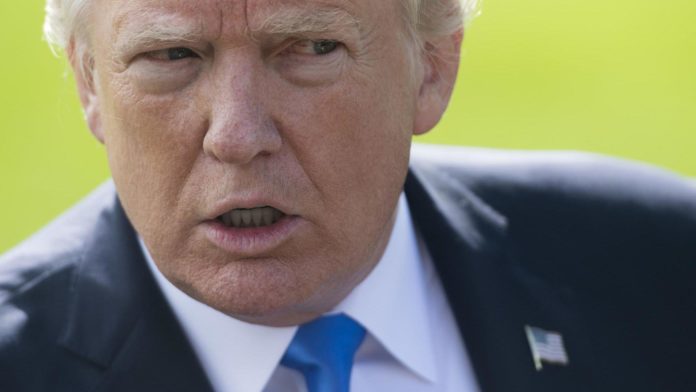 Less than 24 hours after he claimed victory in a standoff with Mexico over the issues of immigration and trade, President Donald Trump appears to have been caught in yet another blatant lie that makes him look even more feckless than he did before.

The first blow to Trump’s already questionable credibility came when The New York Times reported that the president’s claims of capitulation by the Mexican government on the issue of immigration actually occurred months ago during ongoing discussions between the two nations:

The centerpiece of Mr. Trump’s deal was an expansion of a program to allow asylum-seekers to remain in Mexico while their legal cases proceed. But that arrangement was first reached in December in a pair of painstakingly negotiated diplomatic notes that the two countries exchanged.

And then Trump posted an all-caps claim on Twitter that Mexico had agreed to buy “large quantities” of agricultural products from the United States:

But that was also shot down, with Bloomberg News noting:

President Donald Trump boasted of “large” agricultural sales to Mexico as part of a deal reached Friday on border security and illegal immigration that averted the threat of U.S. tariffs, but the deal as released had none, and three Mexican officials say they’re not aware of any side accord. Increasing Mexico’s purchases from the U.S. wasn’t discussed during the three days of talks in Washington that led up to Friday’s agreement, said the three people with knowledge of the deliberations who weren’t authorized to speak publicly.

So where does this leave us? Well, it indicates that nothing this president says can be believed. It also provides another example of just how badly we are getting played by other countries simply because Donald Trump is too busy posturing and backtracking to actually formulate a policy on any issue.

It’s safe to bet that Trump will now blame the “fake news” for daring to report the facts and call him out for his lies. That’s his usual pattern. But this latest incident proves again that the sooner this man is removed from office, the better off this country will be.