The United States Blues
Home News Mexico smacks down Trump’s threat to close the border with one important... 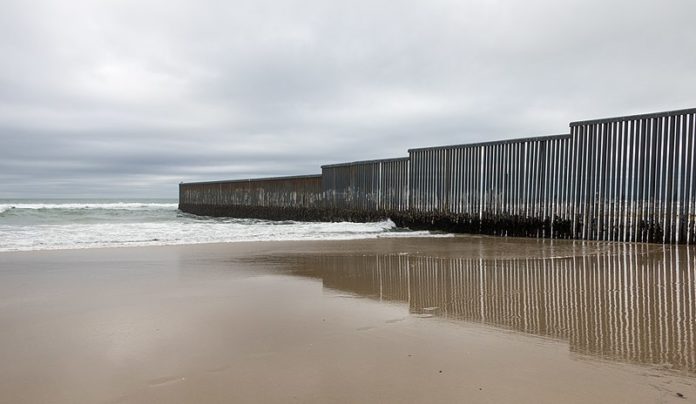 Earlier in the day, Trump threw a temper tantrum aimed at our southern neighbor and longtime ally by accusing them of making a “fortune” off of the United States and demanded that the Mexican government stop all illegal immigration from Central America to the United States even though it’s not really Mexico’s responsibility to solve our immigration issues:

The DEMOCRATS have given us the weakest immigration laws anywhere in the World. Mexico has the strongest, & they make more than $100 Billion a year on the U.S. Therefore, CONGRESS MUST CHANGE OUR WEAK IMMIGRATION LAWS NOW, & Mexico must stop illegals from entering the U.S….

….through their country and our Southern Border. Mexico has for many years made a fortune off of the U.S., far greater than Border Costs. If Mexico doesn’t immediately stop ALL illegal immigration coming into the United States throug our Southern Border, I will be CLOSING…..

….the Border, or large sections of the Border, next week. This would be so easy for Mexico to do, but they just take our money and “talk.” Besides, we lose so much money with them, especially when you add in drug trafficking etc.), that the Border closing would be a good thing!

This isn’t even the first attack on Mexico by Trump. Most recently, he threatened to declare Mexican nationals “terrorists” and threatened to send an army of mercenaries to the border, a move that would be seen as an act of aggression.

The problem with these and Trump’s latest threat is that he risks angering the Mexican government, which has graciously hosted a large population of Americans who call the country home, something Ebrard reminded Trump in a statement.

“Mexico does not act on the basis of threats,” Ebrard said. “We are a great neighbor. (Ask) the million and a half Americans who chose our country as their home, the largest community of (Americans) outside the U.S. For them we are also the best neighbor they could have.”

And that large community of Americans also retain voting rights in the United States, which they could cast against Trump in the 2020 Election.

Furthermore, Trump puts them at risk for retaliation if he follows through on his threat to hurt Mexico because he isn’t getting his way.

Either way you slice it, Trump takes the hit as the American people suffer the consequences of his border closure. Also, didn’t Trump say a wall is all we need to stop illegal immigration? Good to know he’s finally admitting that idea is bullsh*t.