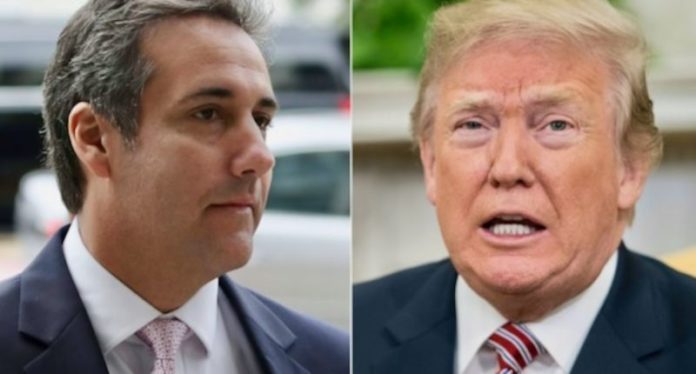 President Donald Trump’s former lawyer and fixer Michael Cohen has agreed to cooperate with New York City prosecutors in their investigation of the Trump Organization. And if his cooperation leads to criminal charges, Trump will be in the kind of trouble he can’t pardon his way out of.

If anyone knows about potential falsification of business records by the Trump Organization, it’s Cohen, who spent years as Trump’s lawyer.

During a congressional hearing earlier this year, Cohen did not hold back while being questioned by Rep. Alexandria Ocasio-Cortez (D-N.Y.) when he testified that Trump committed tax fraud and insurance fraud and that records of this could be found in Trump’s taxes and that other Trump Organization employees have knowledge of the crimes.

The Manhattan District Attorney is currently investigating the Trump Organization for fraud, which makes Cohen a valuable asset. And that’s why he signed a “proffer agreement” to cooperate.

Cohen’s cooperation could lead investigators to the bombshell evidence needed to file criminal charges, not only against the Trump Organization, but to Trump himself and possibly even his adult children.

This is particularly bad news for Trump because he can’t issue pardons to get himself and his family out of state and local criminal charges. It’s also bad news, according to former federal prosecutor Joyce Vance, because Trump would face serious prison time.

During an appearance on MSNBC on Wednesday, host Chris Matthews asked Vance about the penalty.

“If it is the tail end of this whole operation of going after Trump, it seems to me the Manhattan DA, that’s a political office, this case could be a big case if you’re taking the president of the United States down into a criminal matter,” Matthews began. “The question I have, I guess, as a non-lawyer, is what’s the penalty for this kind of case?”

“So that really depends on how it’s ultimately structured,” Vance replied. “If they were able to make some sort of a tax charge here, which we don’t know — we don’t know if they have tax records — we could be looking at a lengthy violation for a felony. It’s certainly not a misdemeanor. The felony crime is a serious one, it carries a lot of collateral consequences. But most significantly is the threat that there is jail time involved, and any amount of jail time in the state system in New York would be very unpleasant for the president of the United States.”

Let’s hope Cohen is spilling his guts and that he has the goods.