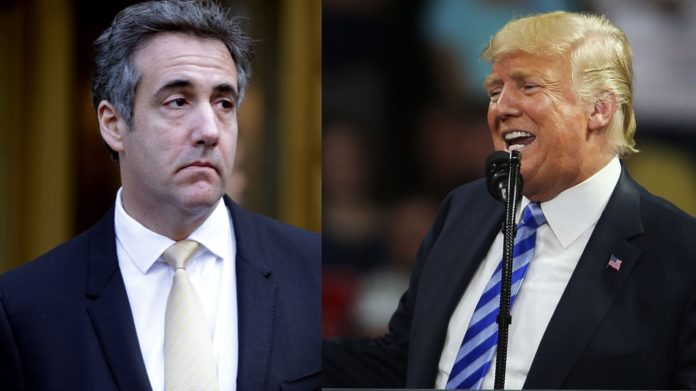 Michael Cohen, who served as Donald Trump’s personal attorney and fixer for over a decade, will report to federal prison in Otisville, New York on May 8 to begin serving a three-year sentence after pleading guilty to charges of violating campaign finance laws and lying to Congress.

But before Cohen loses his freedom, he sat down with Jeffrey Toobin of The New Yorker for a far-ranging interview in which he discussed why he had broken the law for Trump and what he thinks about the fact that he’s a convicted felon while the president remains free and in office. That alone has left Cohen outraged, as he told Toobin:

Why did Cohen stick with Trump for so many years? Was Trump so charming and compelling that he couldn’t help himself? According to Cohen, the president can indeed be very charming and gracious. But then he changes into another person:

“I actually enjoyed him, interestingly enough. When he’s good, he’s great. When he’s horrible, he’s the worst human being on the planet. I mean it. He has no heart and no soul when he’s mean.”

As Toobin points out, that’s the story of Donald Trump’s life: He has others do his dirty work for him, but never gets his own hands soiled:

“F. Scott Fitzgerald wrote, about the fictional Buchanan family, that they ‘smashed up things and creatures and then retreated back into their money or their vast carelessness, or whatever it was that kept them together, and let other people clean up the mess they had made.’ For a decade, Michael Cohen cleaned up Donald Trump’s messes. He embraced Trump so uncritically that he wound up committing crimes on his behalf. Thus far, Trump, like the Buchanans, has escaped the wreckage he leaves behind.”

Karma, however, has yet to have her say on the Trump legacy, and she will render her own verdict sooner or later.